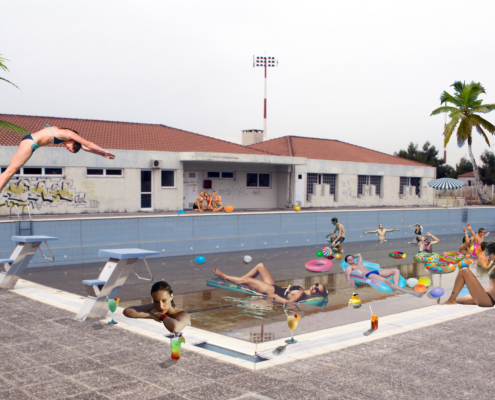 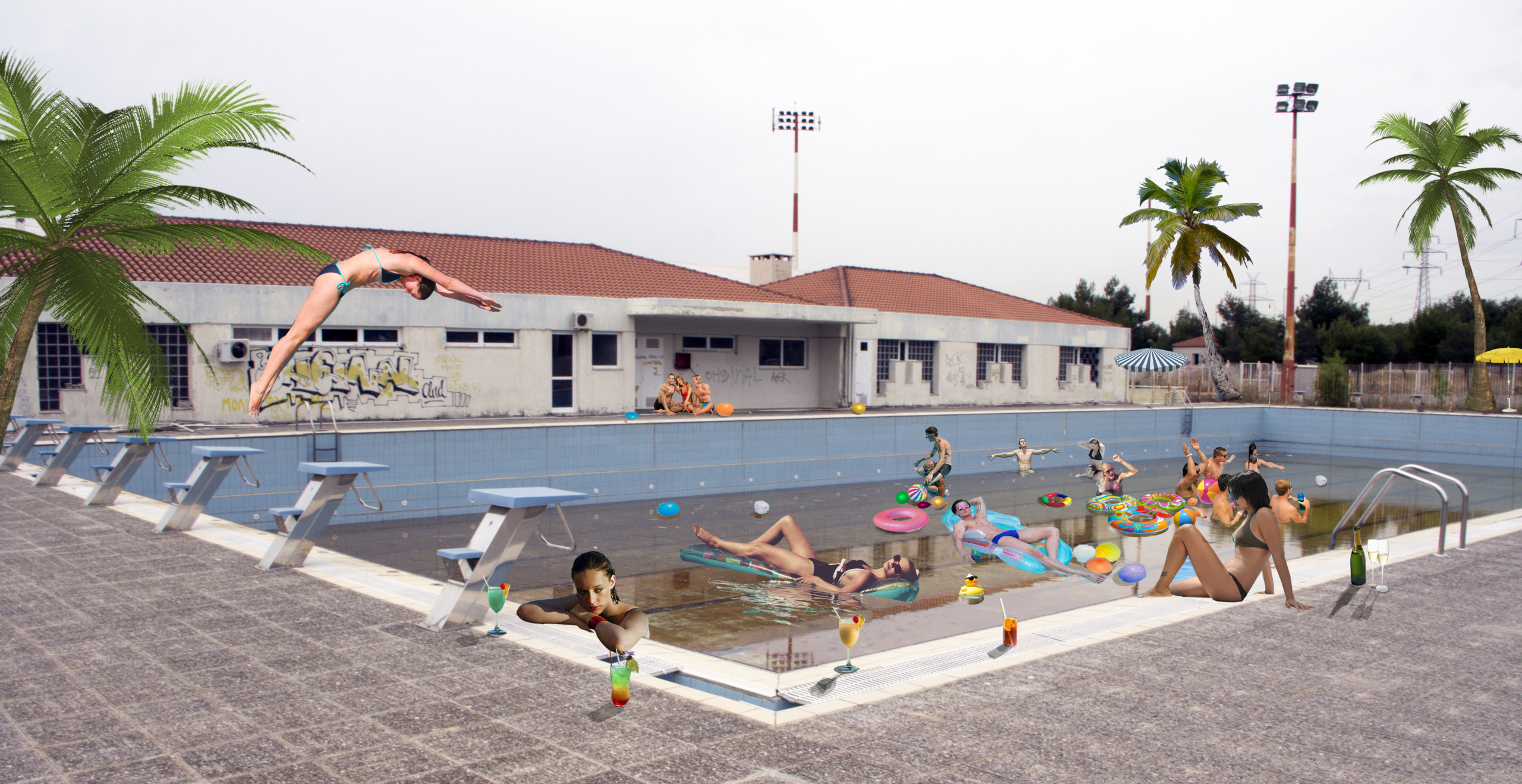 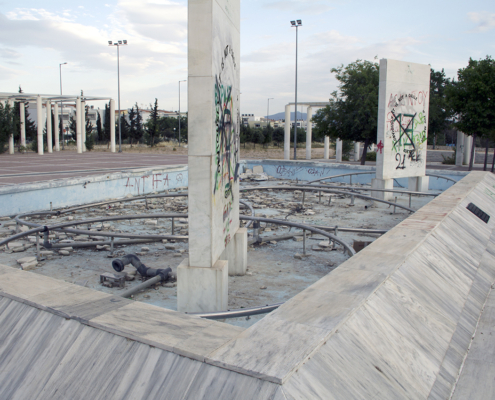 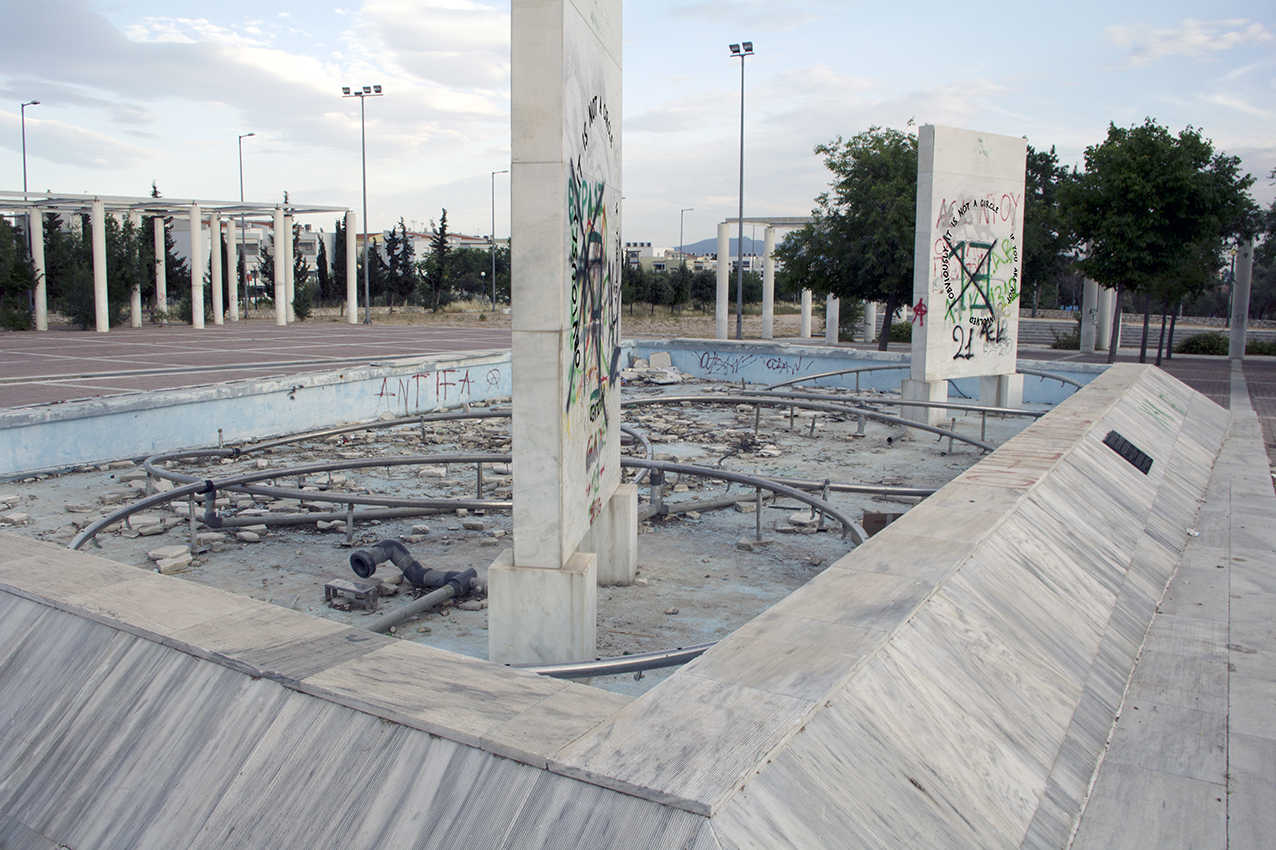 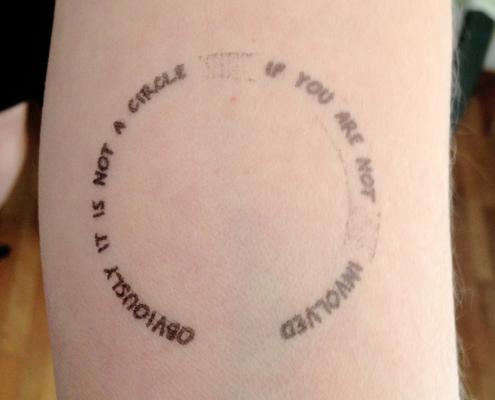 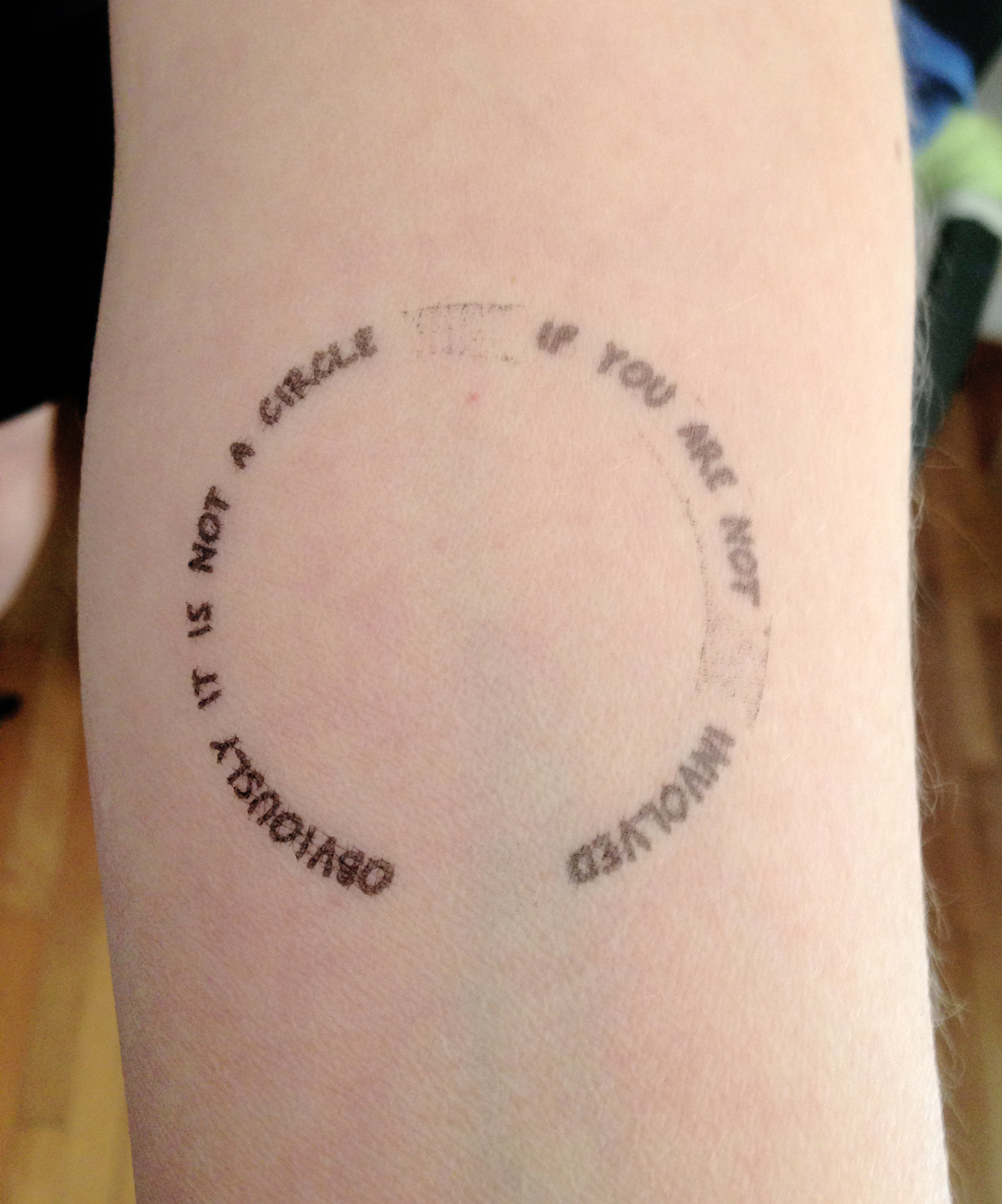 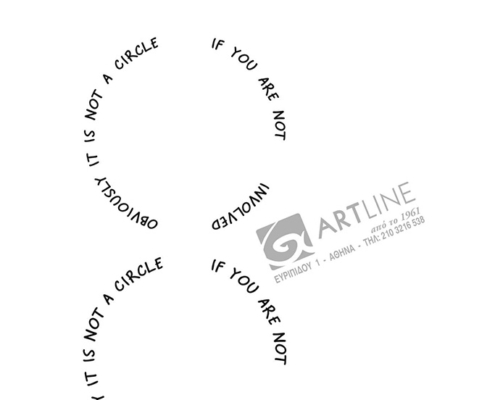 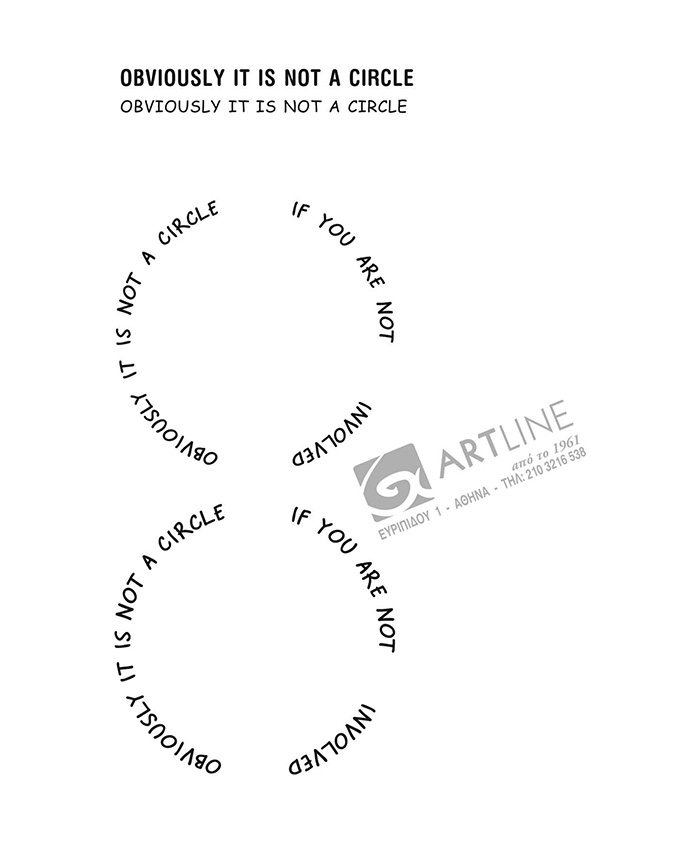 This project is a site specific research focusing on the abundance of the Olympic venues in Athens 2016, interconnecting with essential forms: a swimming pool, a monument, deconstruction and abundance.

Most of the venues were built to hold the Summer Olympics 2004. A spectacle1 that now is lost in the vague space of the symbolic values of Olympiad; a total deconstruction; a blurred notion. Though, the architectural sights are still there, abundant but concrete.

The work is intrigued and rendered by this contradiction of the sights made with steal, marble, beton and the promise of hope. An abstract mechanism; ticking, spinning, rhythm as a para-symphony in space. Grasping essential forms, atmosphere, the state of matter between abundance and the solid.

Deriving essence from the semantics of the Olympiad, the circle as the ultimate, unification symbol of the spirit,, we  created a body of work, which deals with this taboo subject. Performed around a mantra, social architecture, body politics and Détournement, investigating psychogeography and exploring the behavioral impact of urban space. Dealing with imperfection and insistence, the individual in regards to unity, solitude and acceptance, from A to B and back again2.

1. ‘The spectacle appears at once as society itself, as a part of society and as a means of unification. As a part of society, it is that sector where all attention, all consciousness, converges. Being isolated and precisely for that reason this sector is the locus of illusion and false consciousness; the unity it imposes is merely the official language of generalized separation.’ Guy Debord, The society of the spectacle, 1967.

2. Andy Warhol, 1975. The Philosophy of Andy Warhol – From A to B & Back Again -. New York: Harcourt Brace Jovanovich. “The thing is to think of nothing, B. Look, nothing is exciting, nothing is sexy, nothing is not embarrassing. The only time I ever want to be something is outside a party so I can get in.”

This project is an collaboration between greek Artist Dina Roussou and danish artist Kristine Hymøller. The project’s theoretical part started in Copenhagen in 2015 and during May 2016 developed research material, through an art residency at the Danish Institute of Athens. Is still an ongoing research. The Project was part of the Performance Biennial Athens 2016

THE PALETTE ITSELF A SATELLITE CITY
Scroll to top