Live performances at Mezz organized buy KOP during, Eyetunes- the party in Breda 2011: four performers are moving on stage and simultaneously filmed close up. The recorded material was projected, live screened on a nearby wall.

The  performance were a moving body interaction with geometric colourful shapes attached to the body, making the shapes, overlapping and colliding with eachother

The viewers could experience the actual performance, as well as they can experience a live projection on nearby wall,  like an moving abstract painting of the body and shapes. 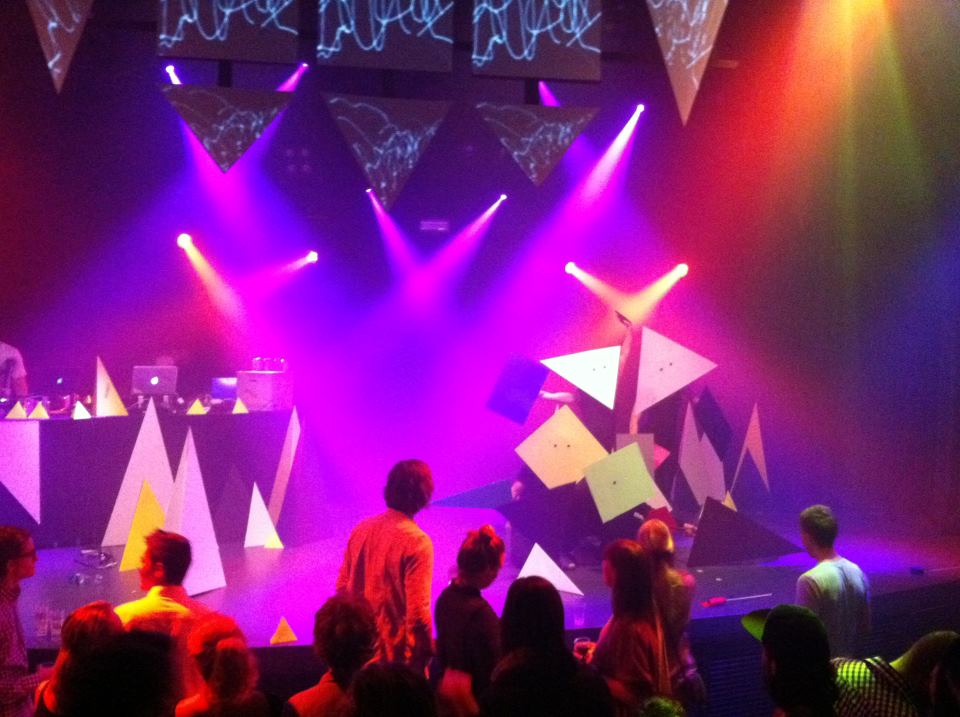 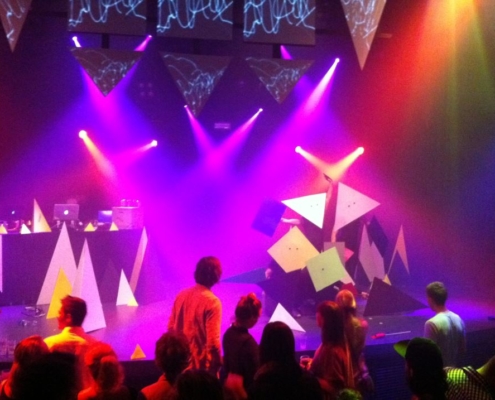 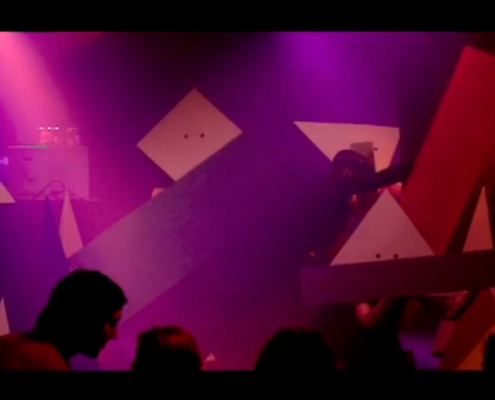 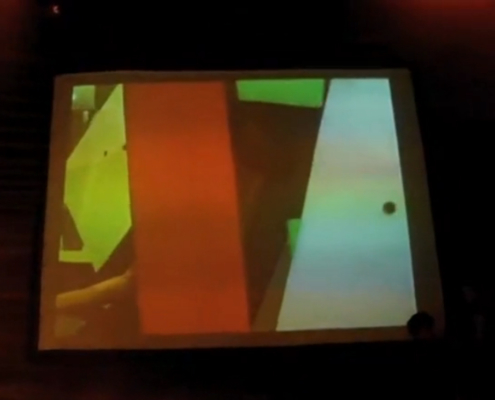 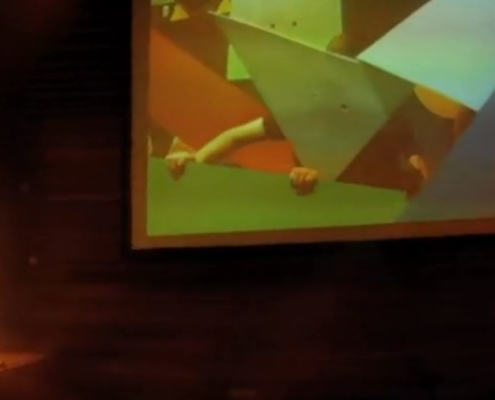 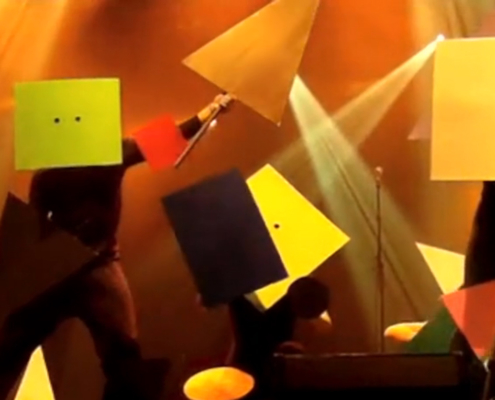