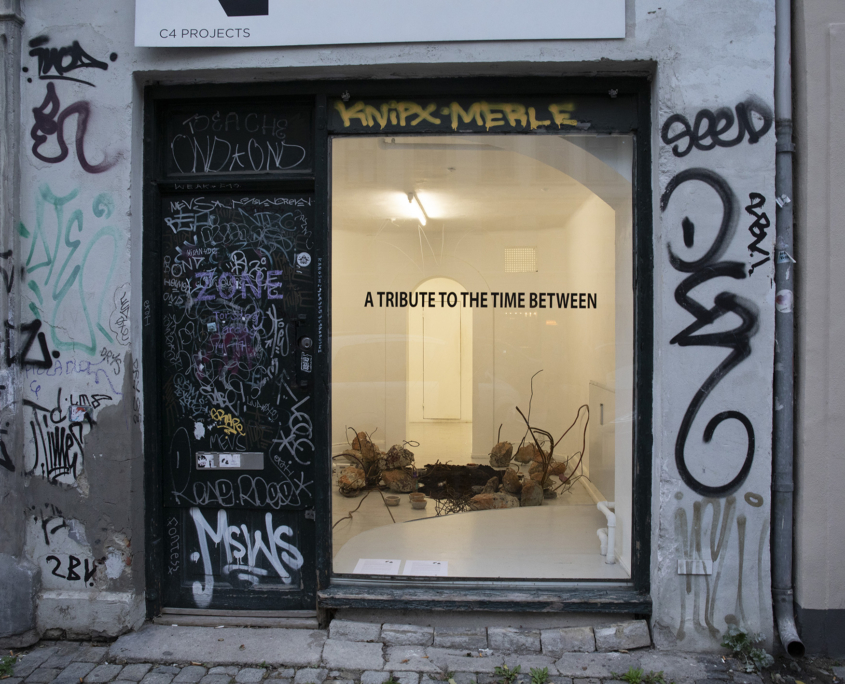 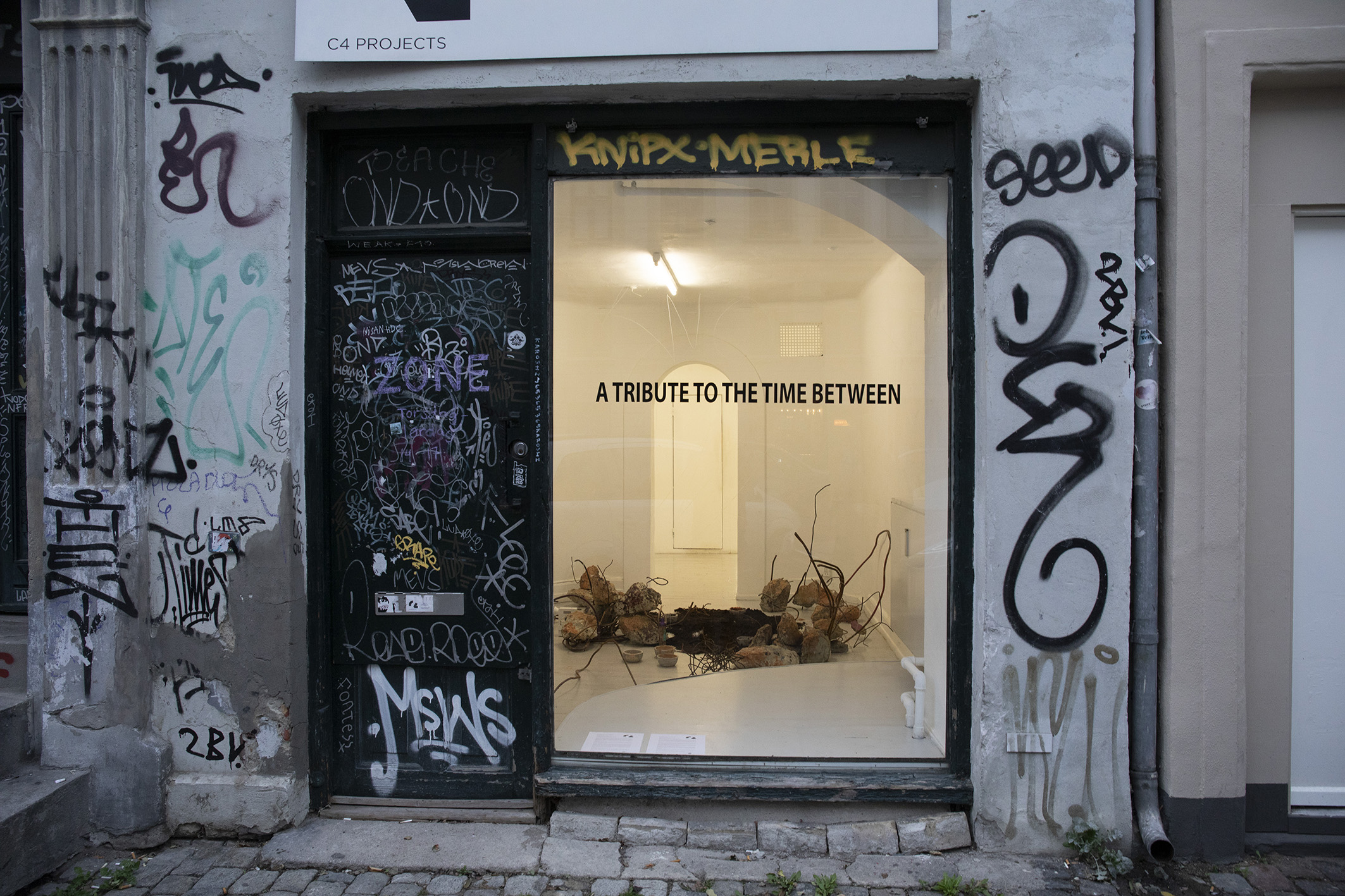 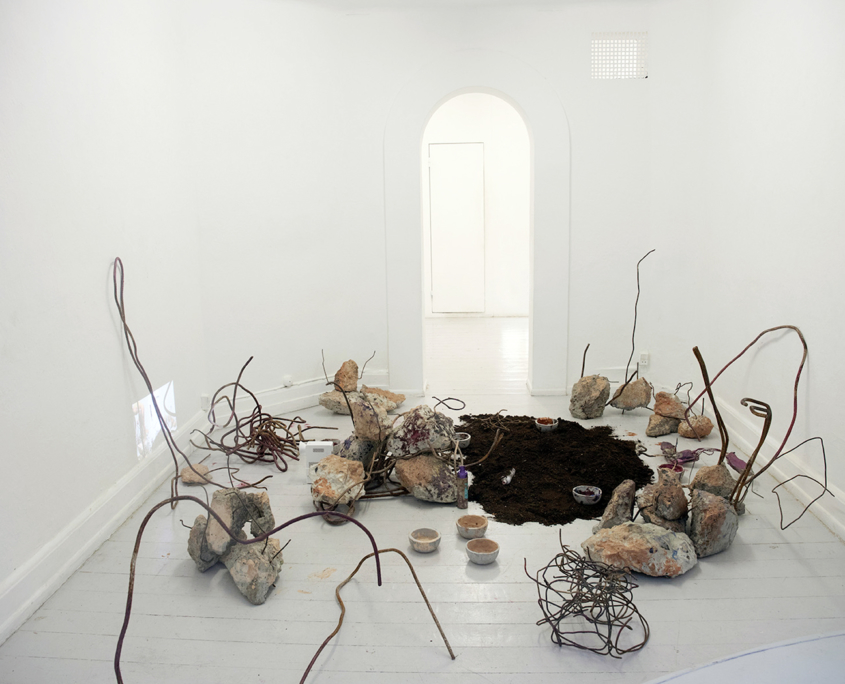 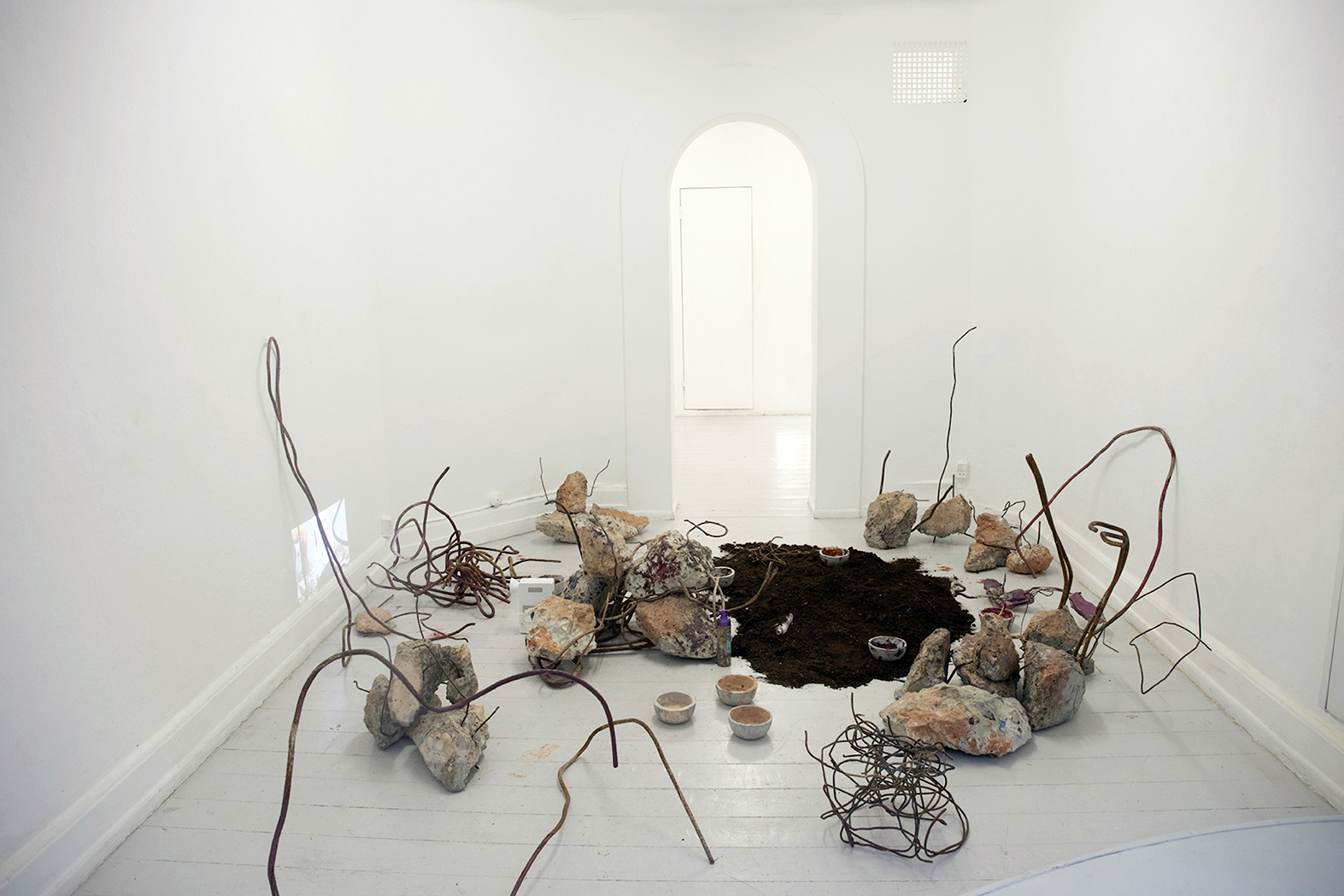 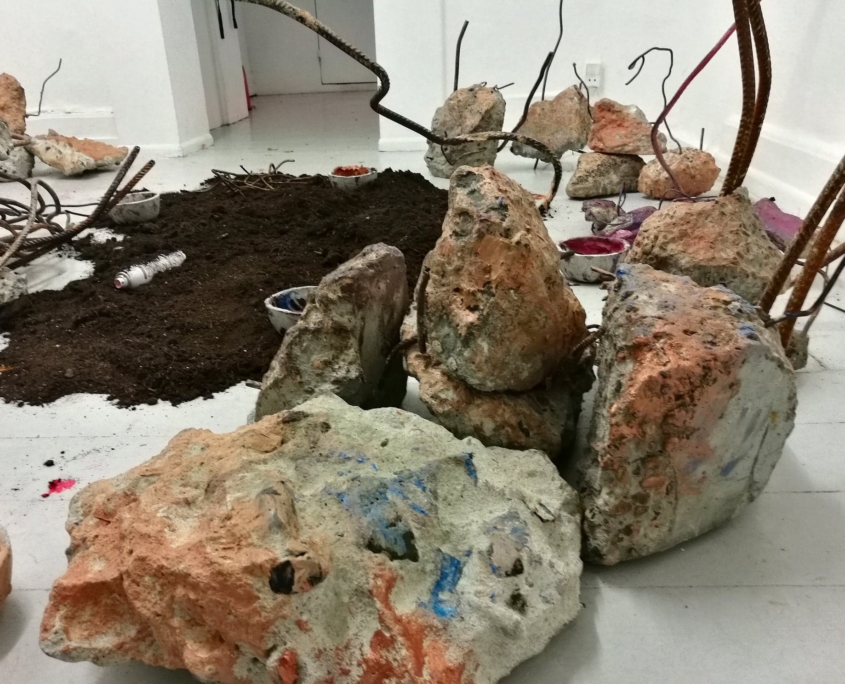 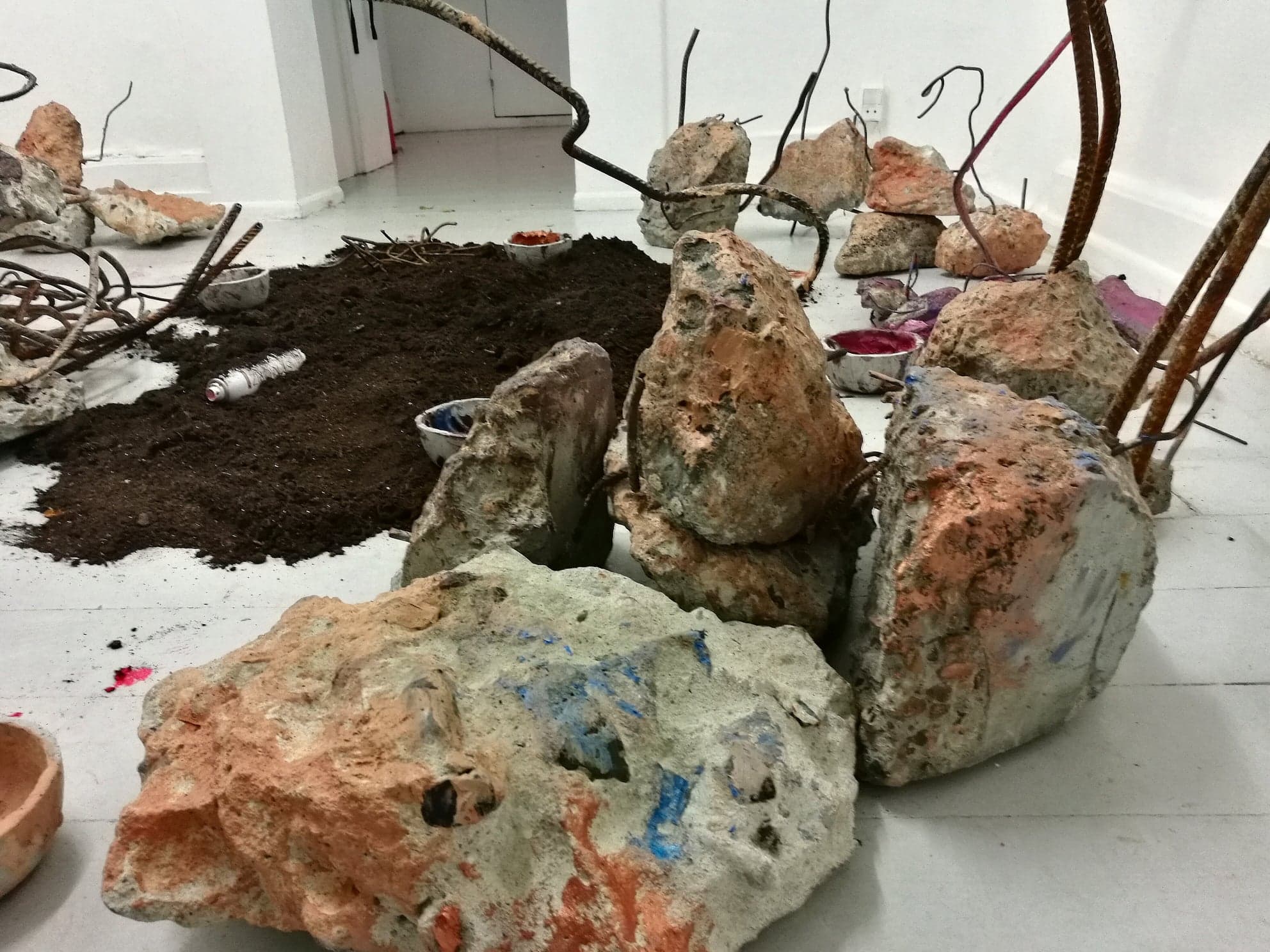 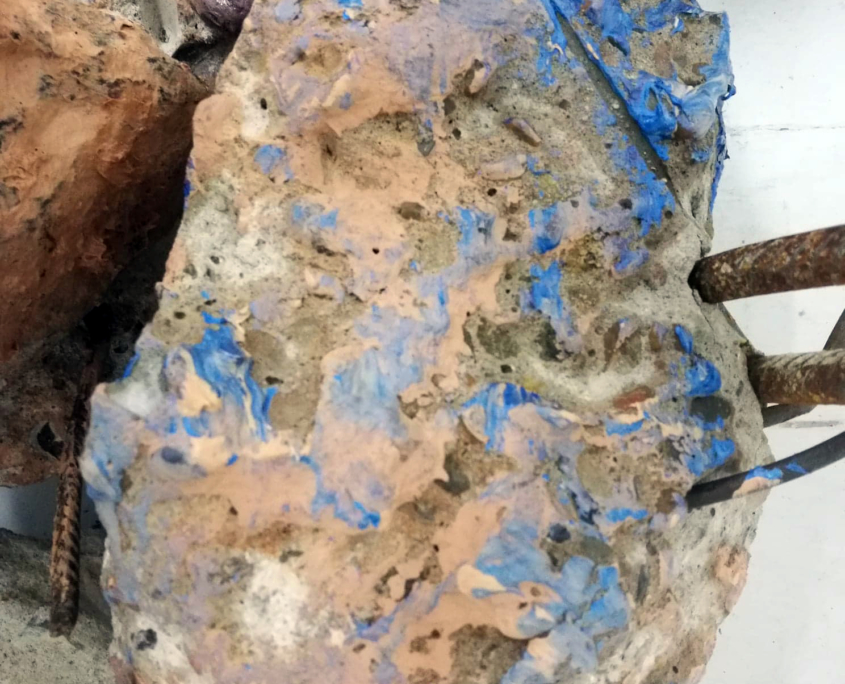 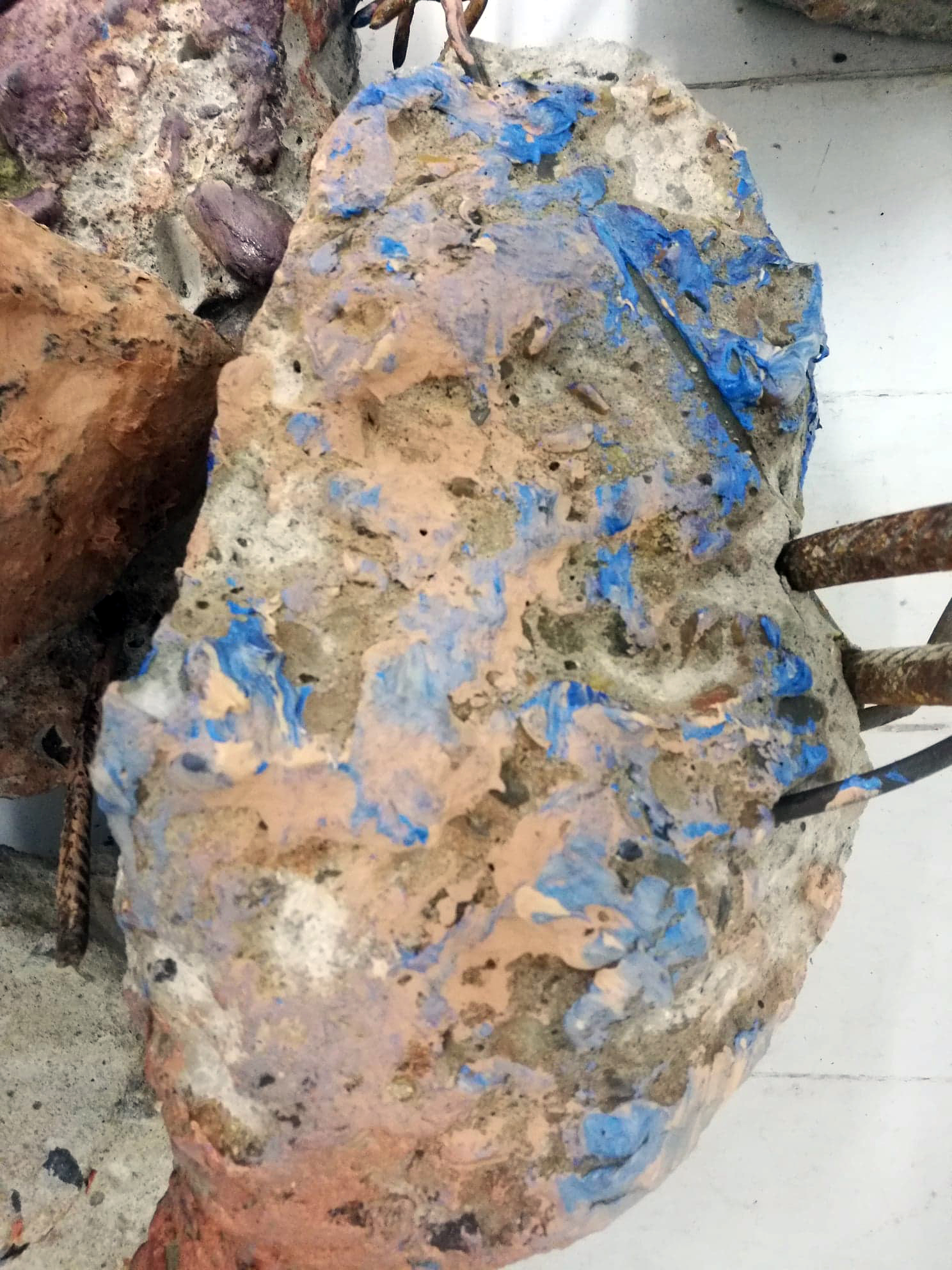 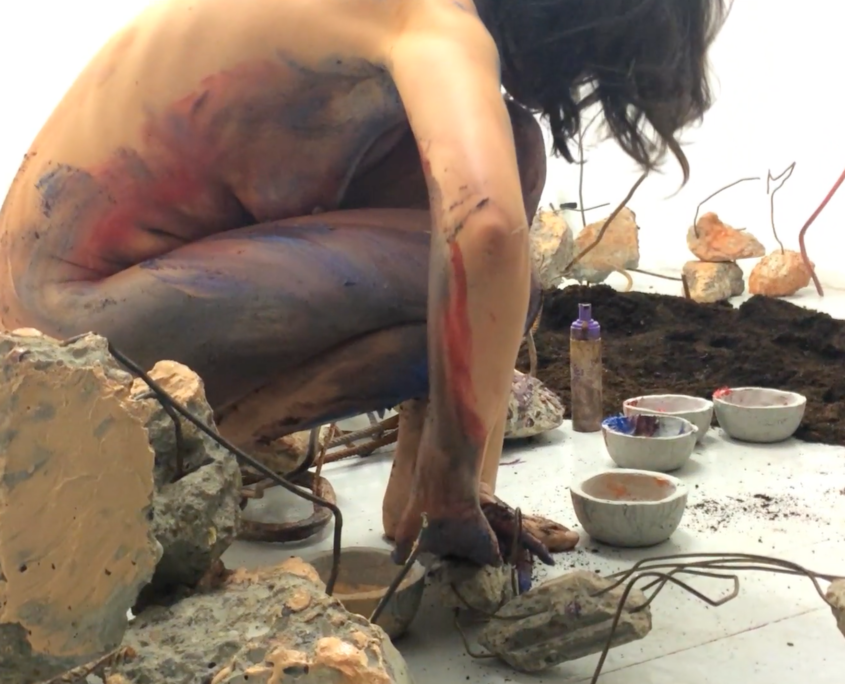 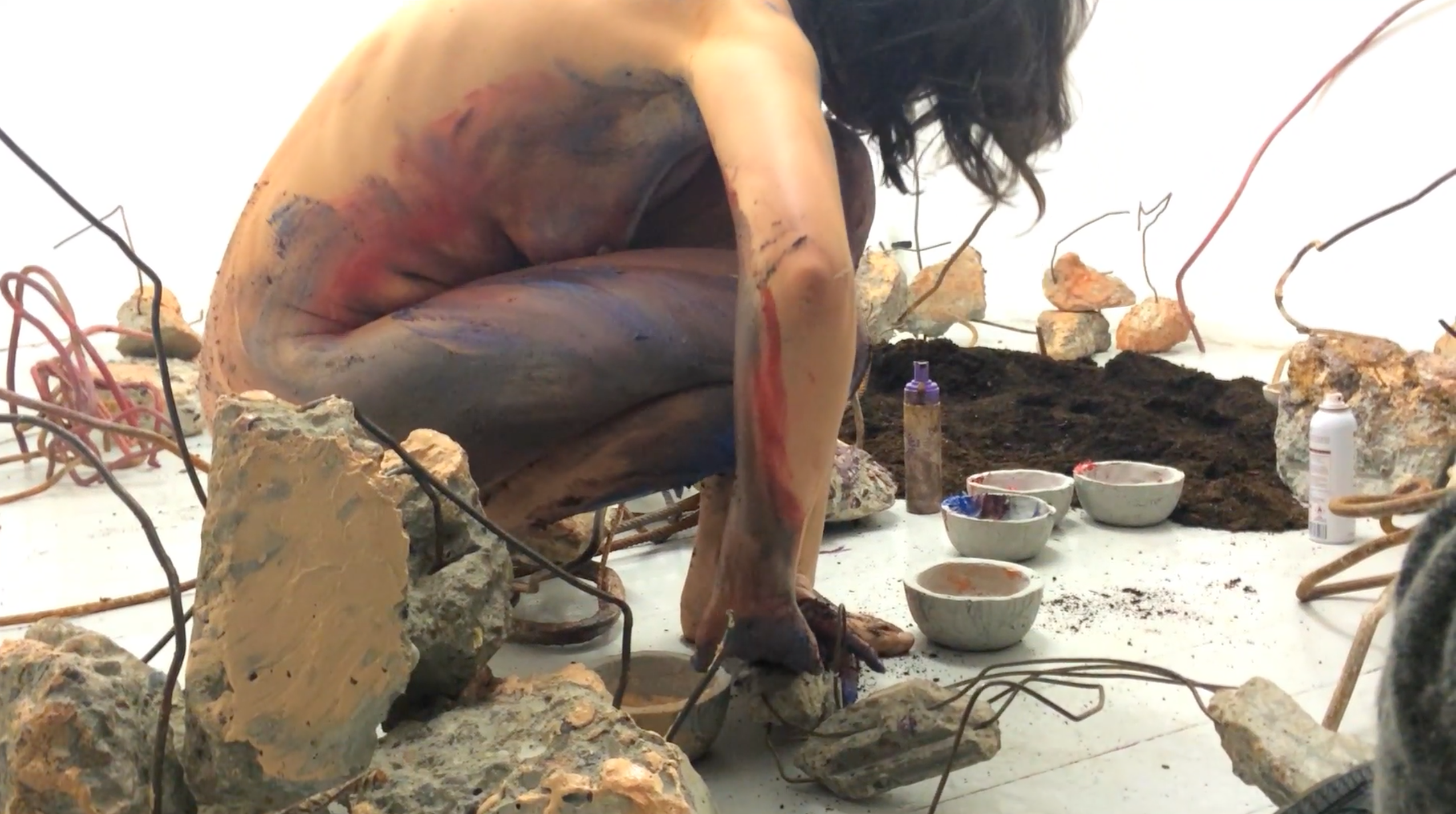 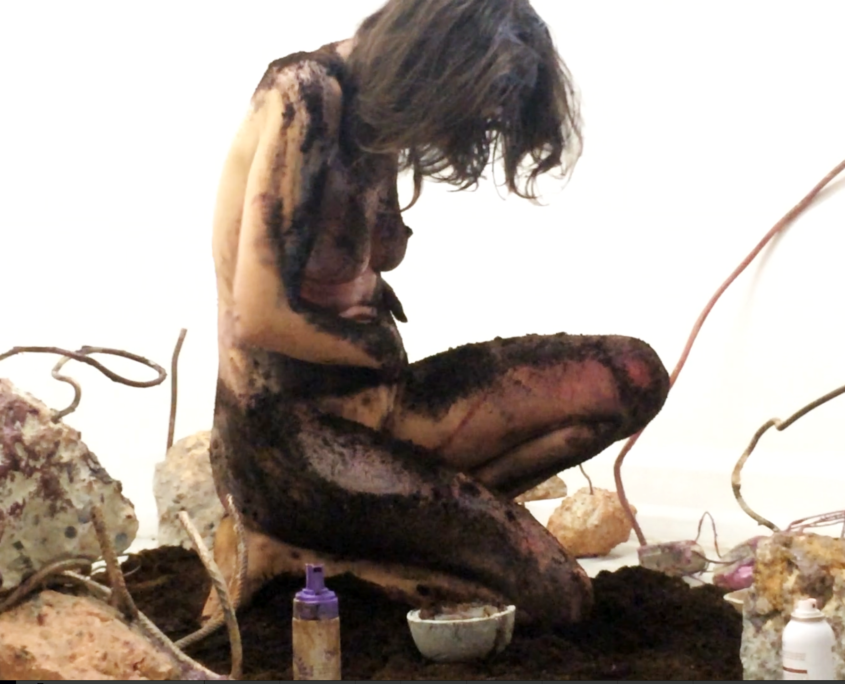 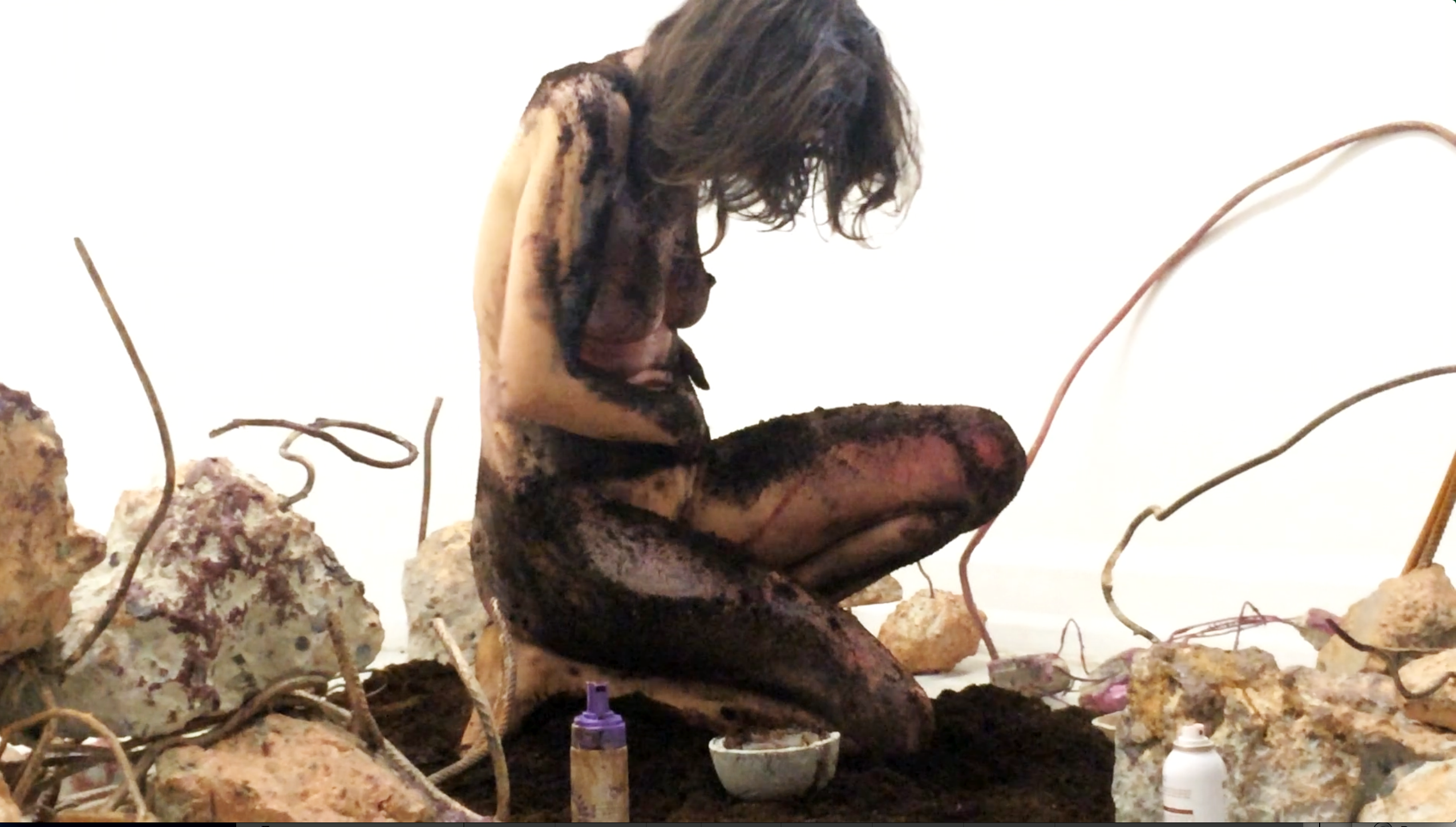 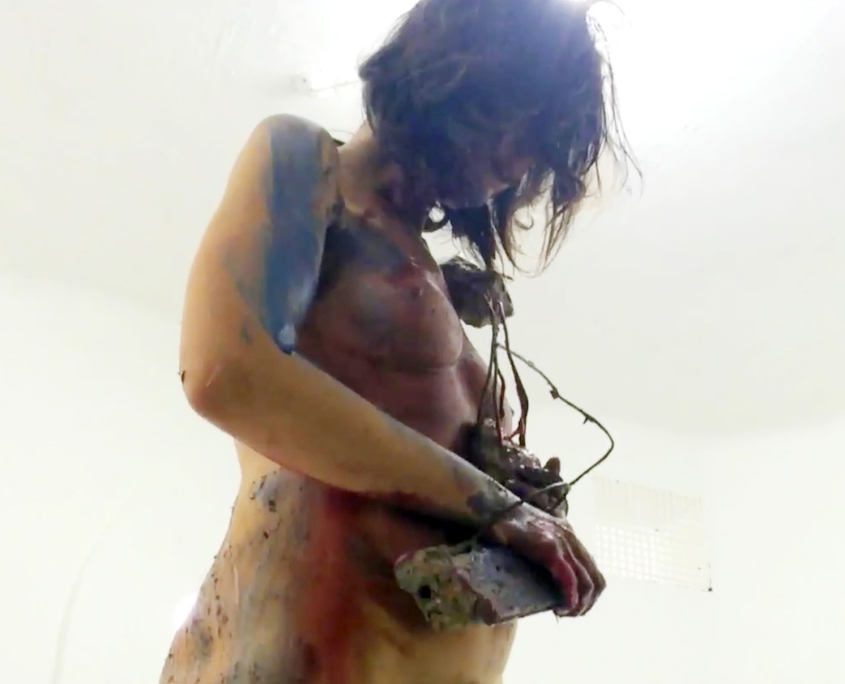 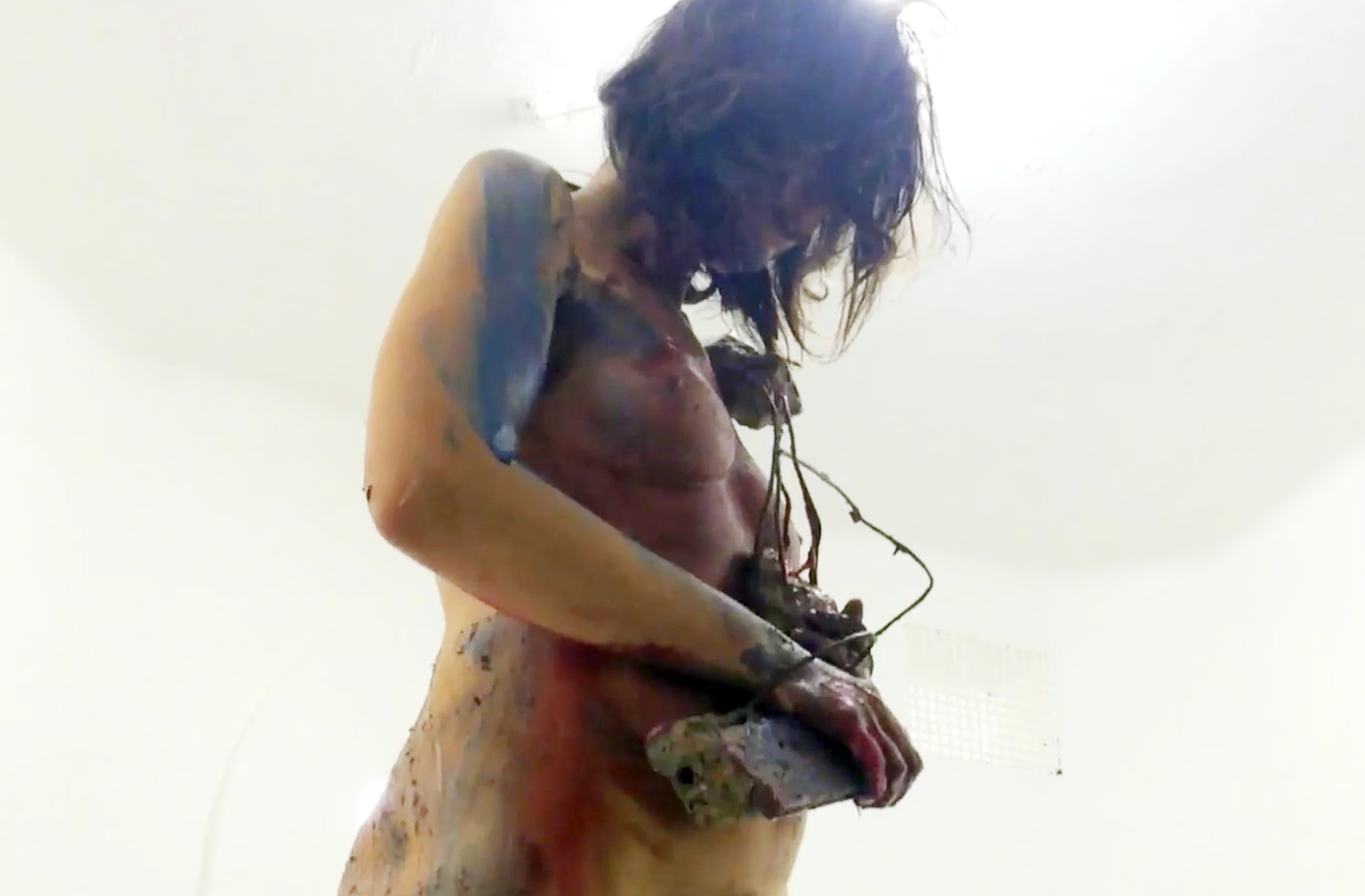 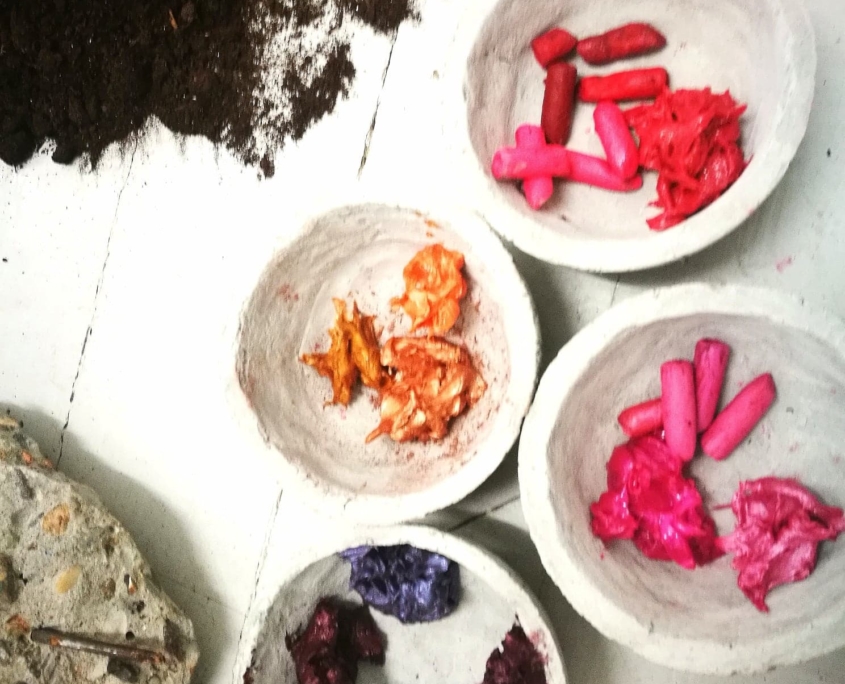 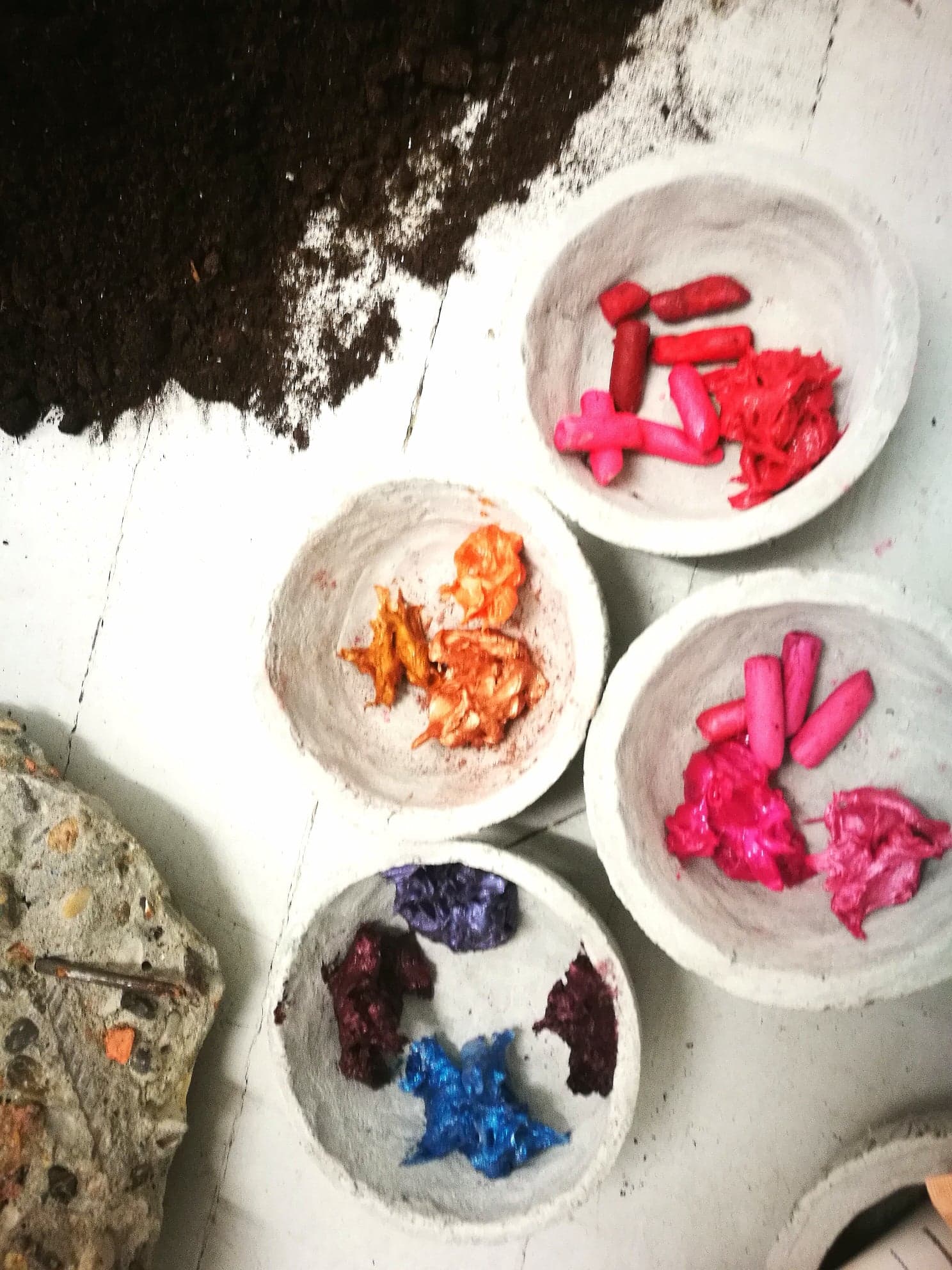 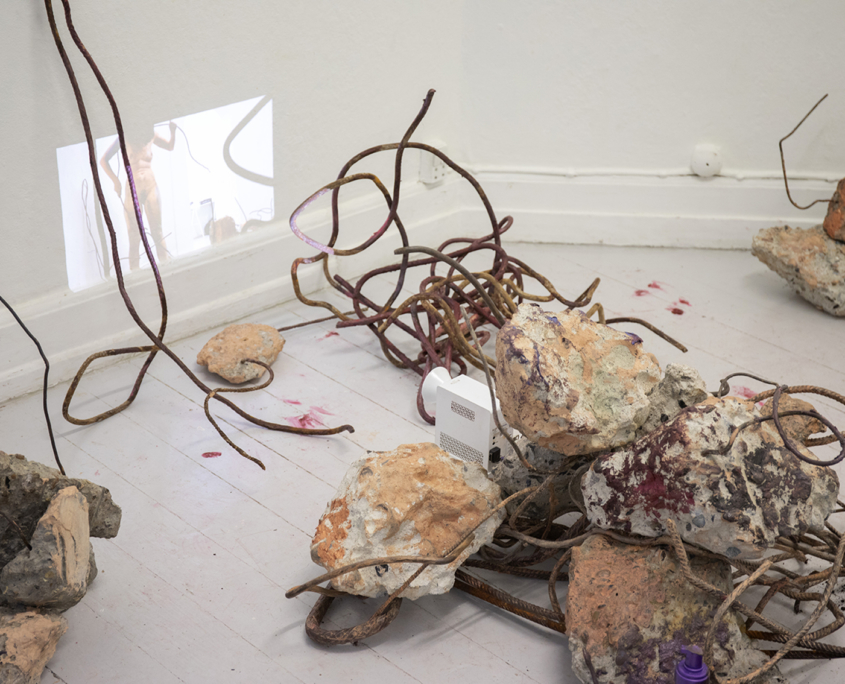 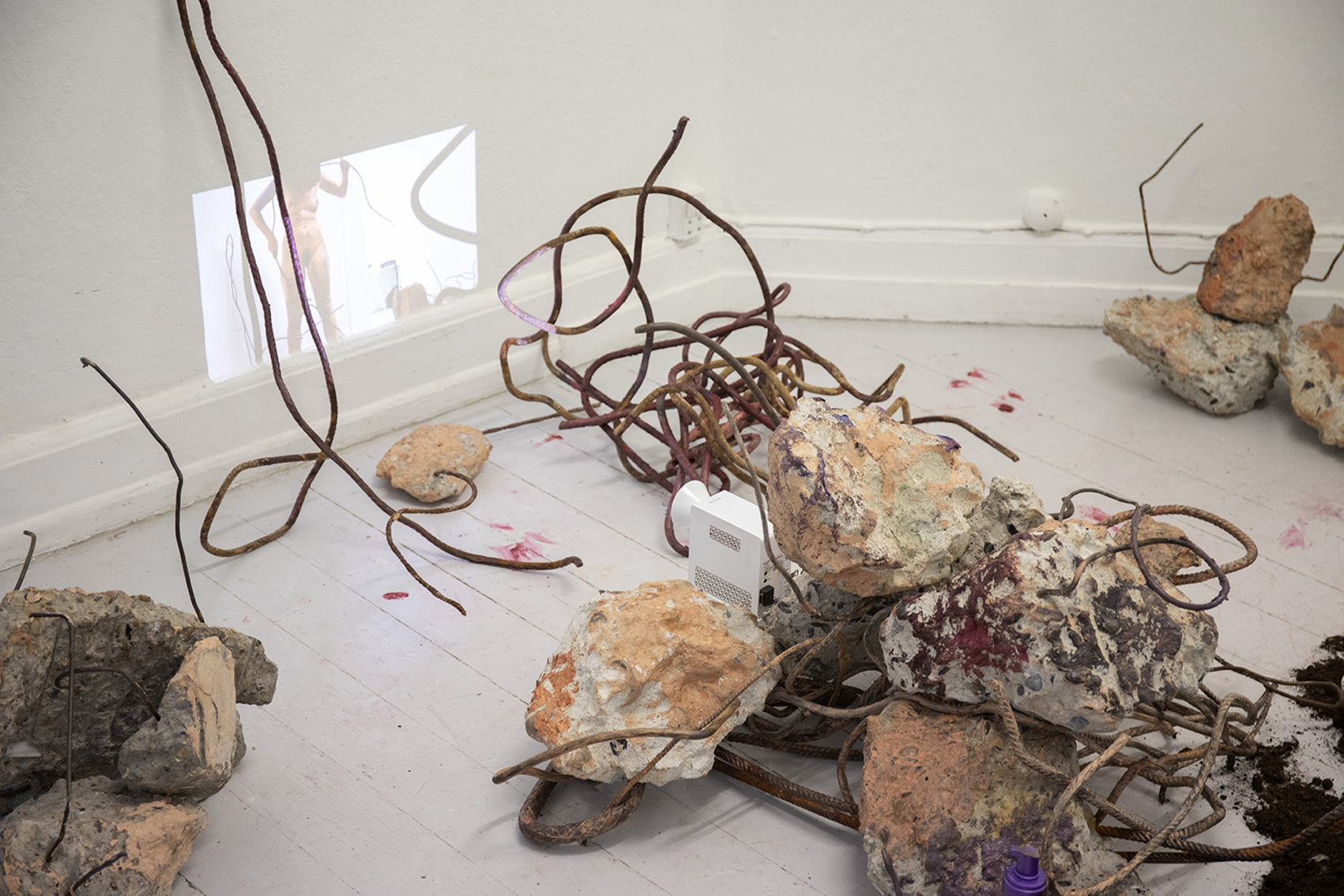 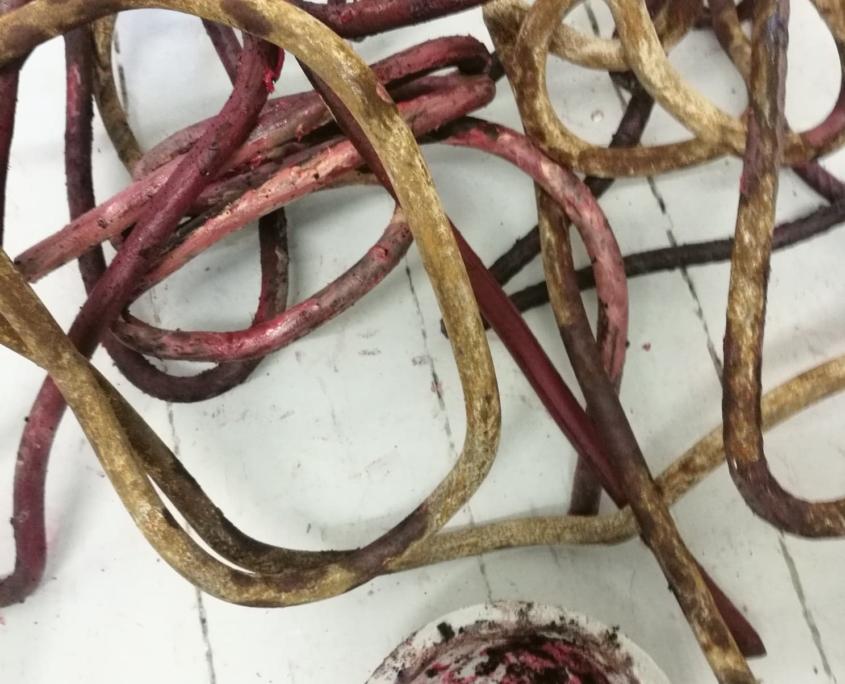 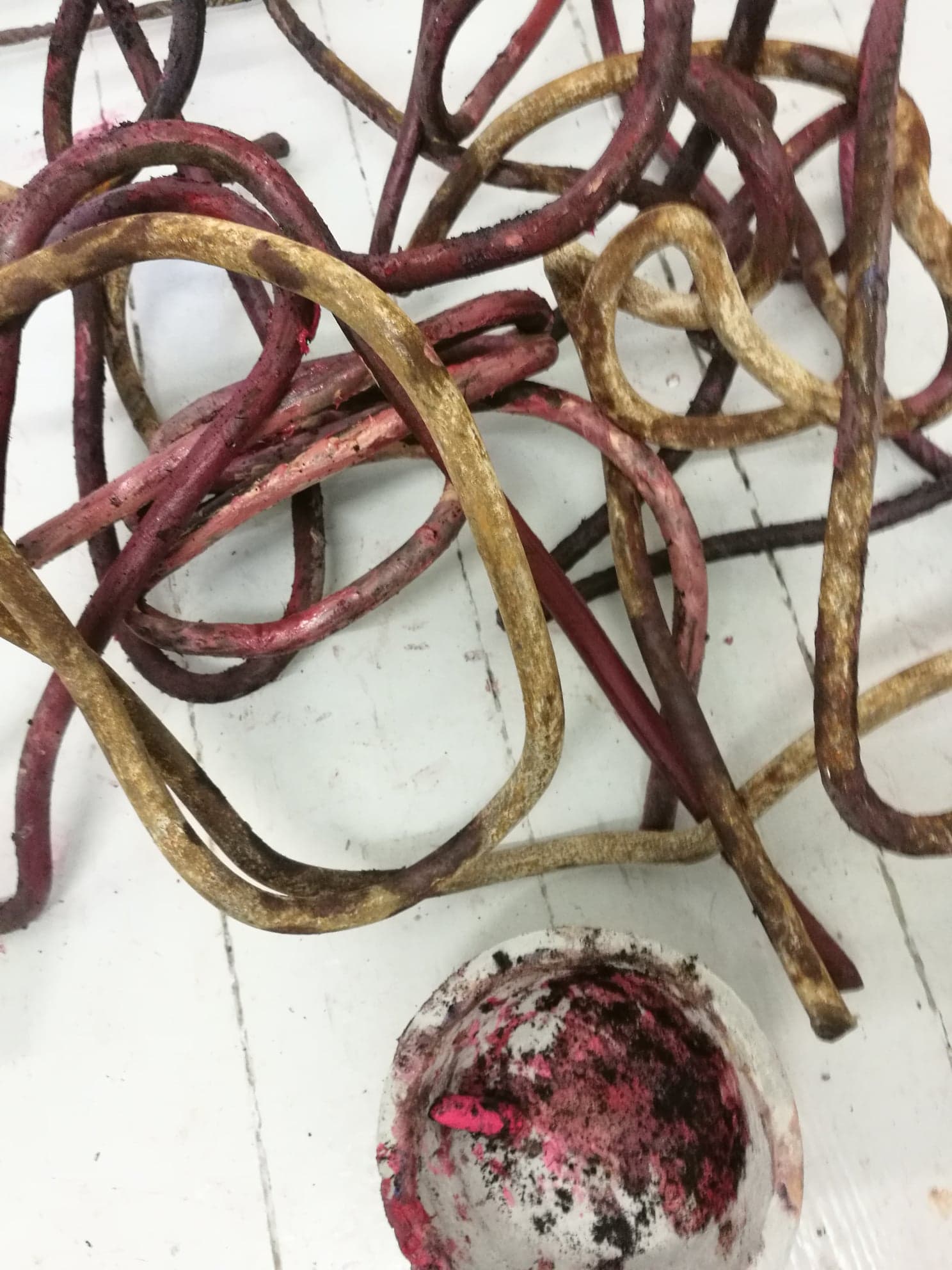 As part of Copenhagen’s urban redevelopment, new housing estates continue to emerge and you often pass through areas of demolition. Buildings disappear almost unnoticed, the past is removed and new structures are established. In this interval where buildings are replaced by rubble, dust, open spaces, rebars, concrete, mud and traces from machines and workers, you can experience temporary uncontrolled structures. The landscape carries a sense of nudity and corporeality, as if what was once inwards and hidden suddenly are revealed to the public. One can consider the process of demolition  as an important stage for reflection in the transition.”

In the exhibition “A Tribute To The Time Between” Kristine Hymøller creates an installation that functions as a ritual and mediator between the demolition of historic buildings and the construction of new beautifying architecture. Reinforcement bars and concrete are placed in the exhibition room alongside concrete bowls containing various colors of cosmetics, including different shades of foundation and eyeshadow. Through performative exploration, bodies will merge together with cosmetics and the solid remains of architecture. During the opening of the exhibition the installation were activated by the performance artist, Noelia Mora Solvez. The performace was filmed and shown on the monitor as part of the exhibition. The performance was ritual, a ceremonial makeup performance, where a “cosmetologist ” applied “body decoration” on her own body and the surrounding. This created a new composition in which the two universes, body and space were united as an in depth exploration and as an “makeup pallette”.

THE PALETTE ITSELF A SATELLITE CITY