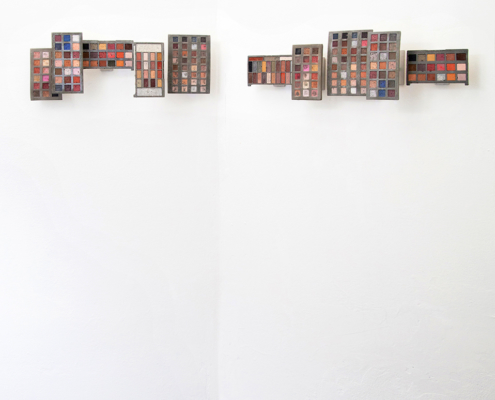 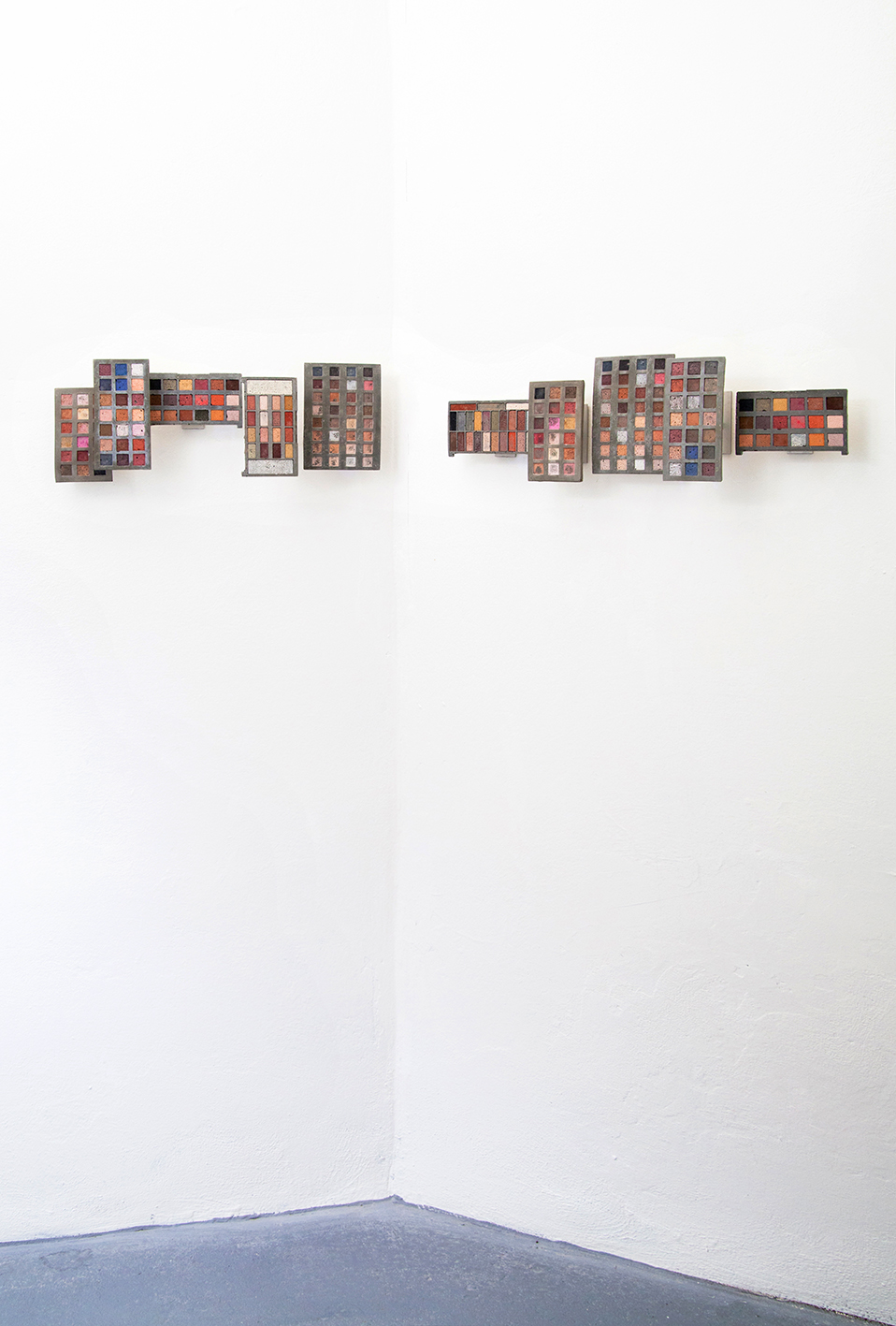 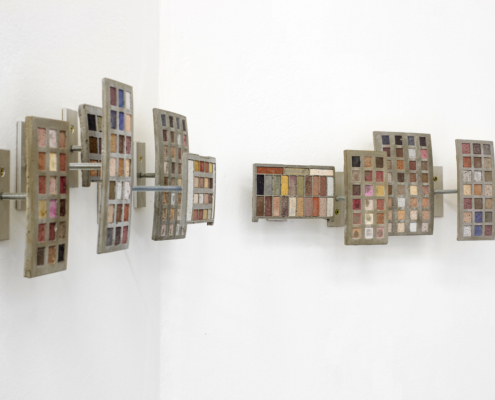 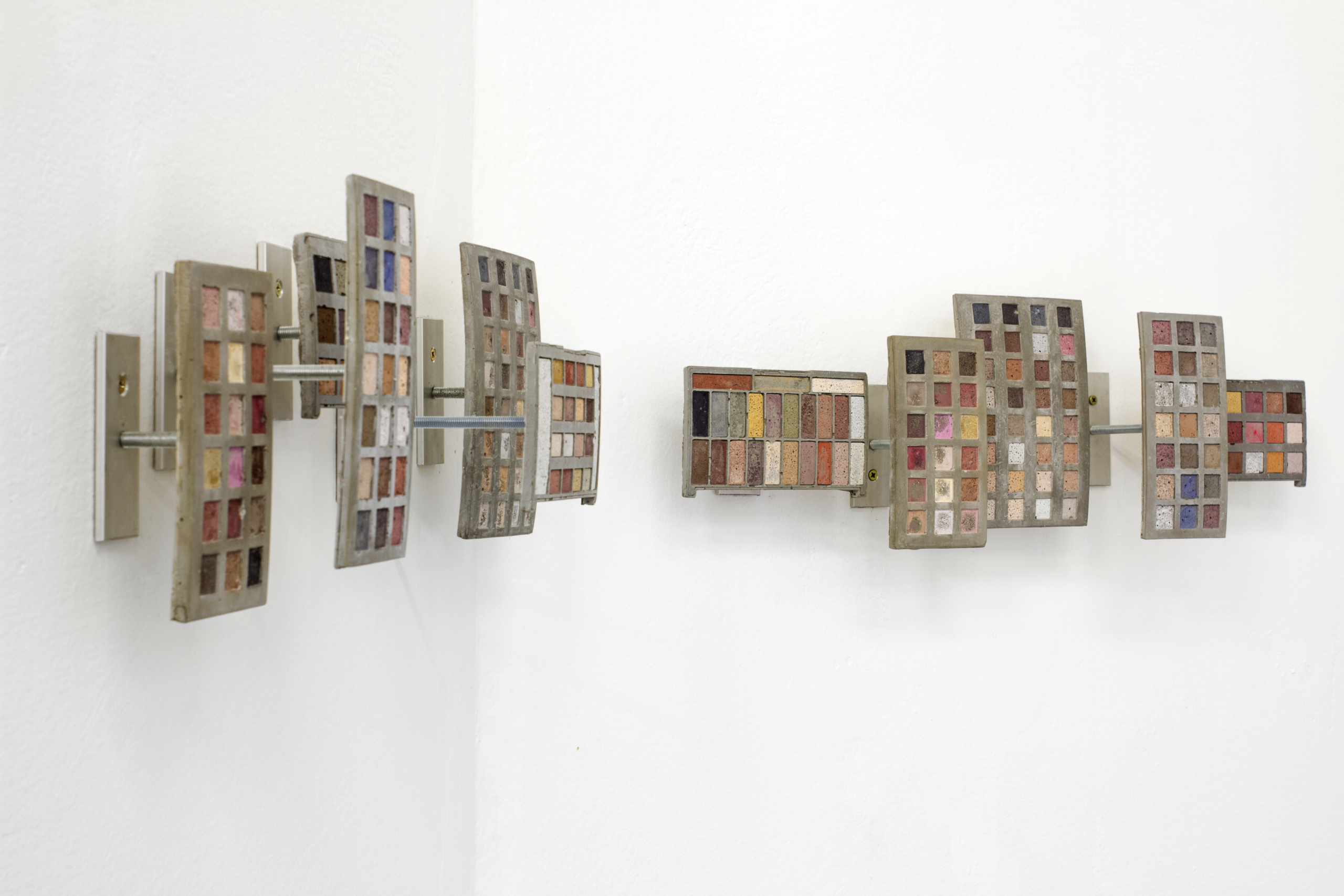 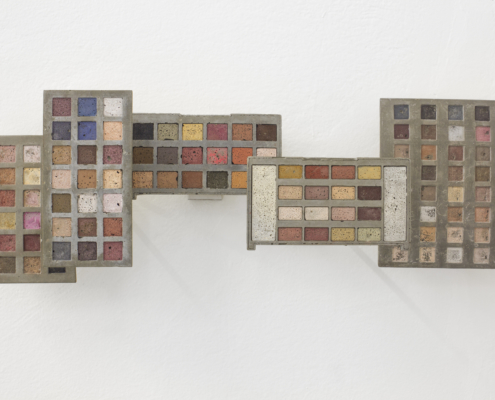 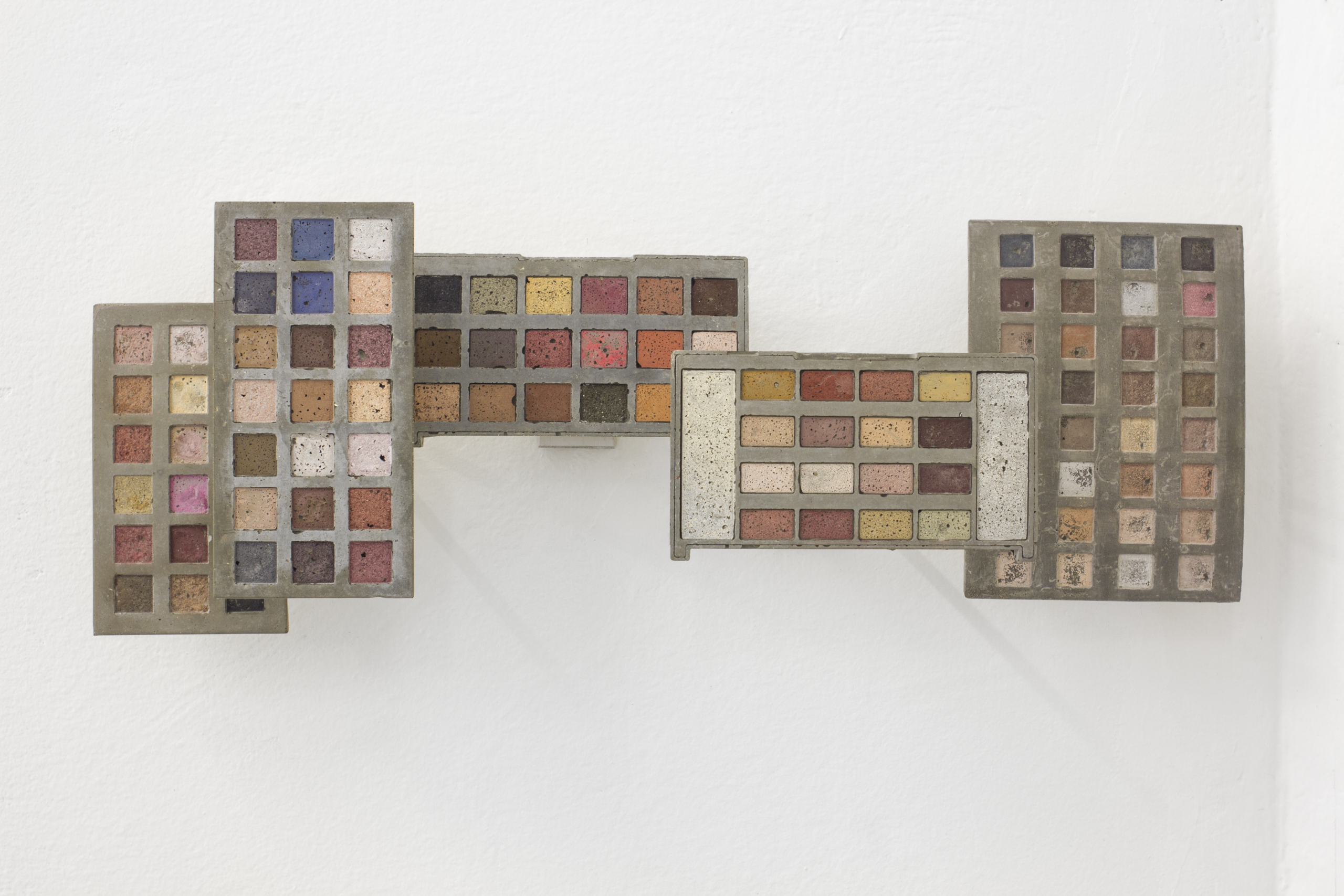 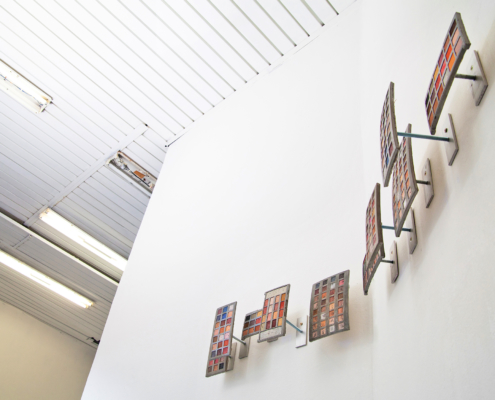 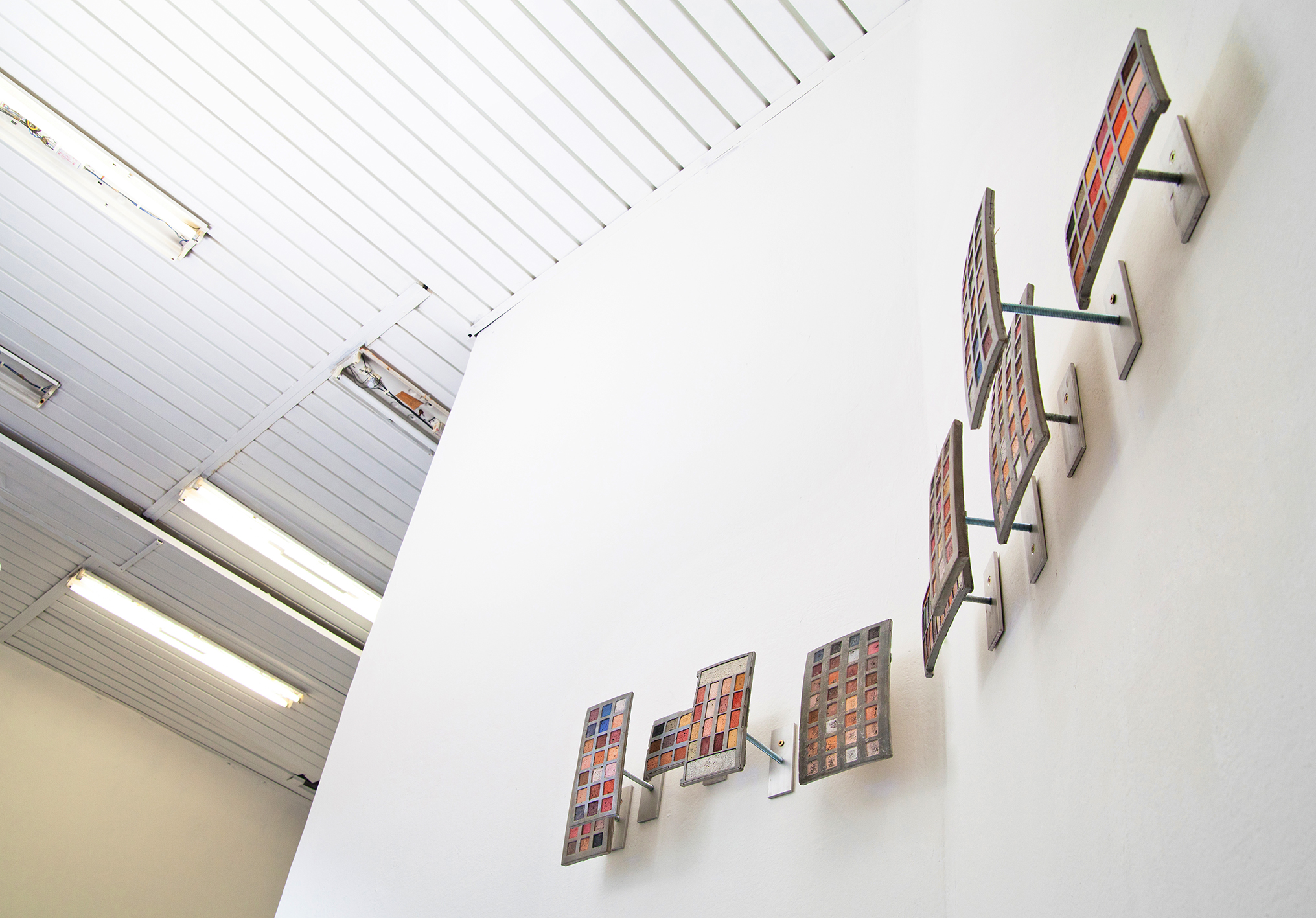 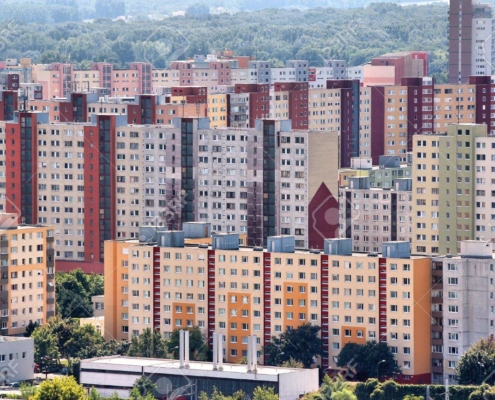 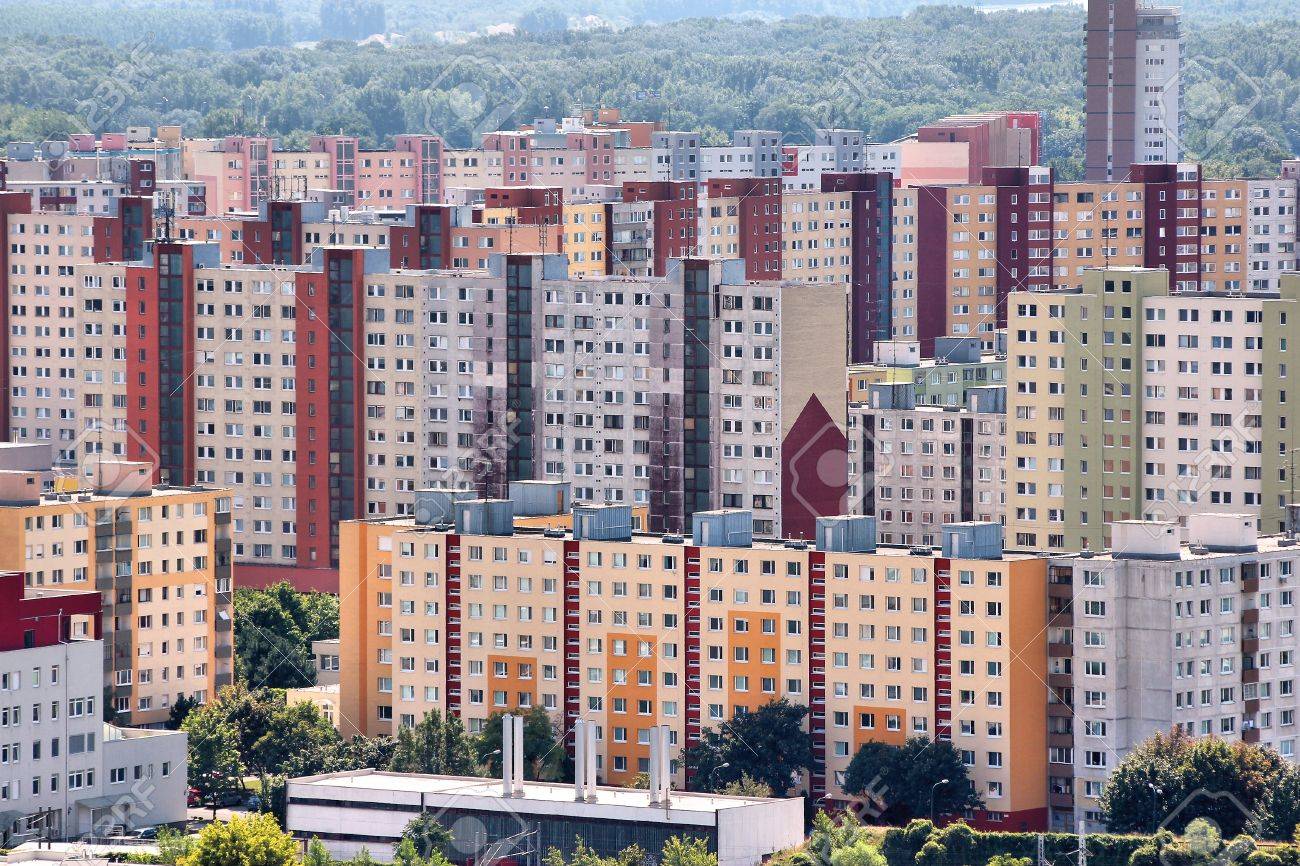 Wall sculpture, architectural scale model made of eyeshadow-palette “replicas” in concrete,  placed on the wall in a row, made site specific in relation to the residential apartment blocks  in Bratislava, Slovakia.

The work are inspired by and relates to  architectural scale modeling,  eyeshadows on display, apartment blocks units and facade typology.

It  connects the  facade of the apartment blocks  to  a display of  makeup-palettes on display.  Furthermore it is inspired by the tower blocks interconnection and how they “ideally” constitute a  megastructure, that gives the city landscape a post-apocalyptic atmosphere

Petržalka is an urban city landscape painted in  pastel colour  and divided  in various pattern.Each building communicates with its neighbour in a symphony  and  harmony  of colour. Likewise Petržalka is primarily a residential area, with most people living in blocks of flats called Paneláks, built from concrete-panels joined together to form the structure, which were widely deployed throughout the Eastern Block  during the communist era. As the borough was built primarily as a residential area, it has no clearly defined centre

AXES OF THE FIELD
Scroll to top