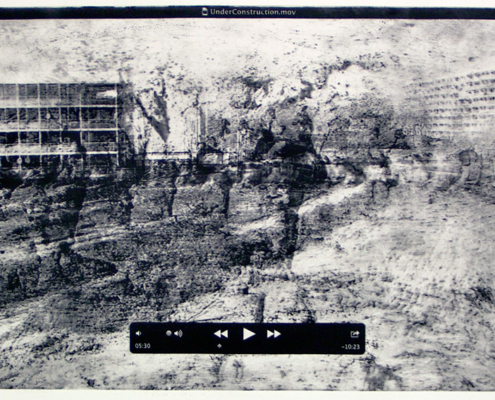 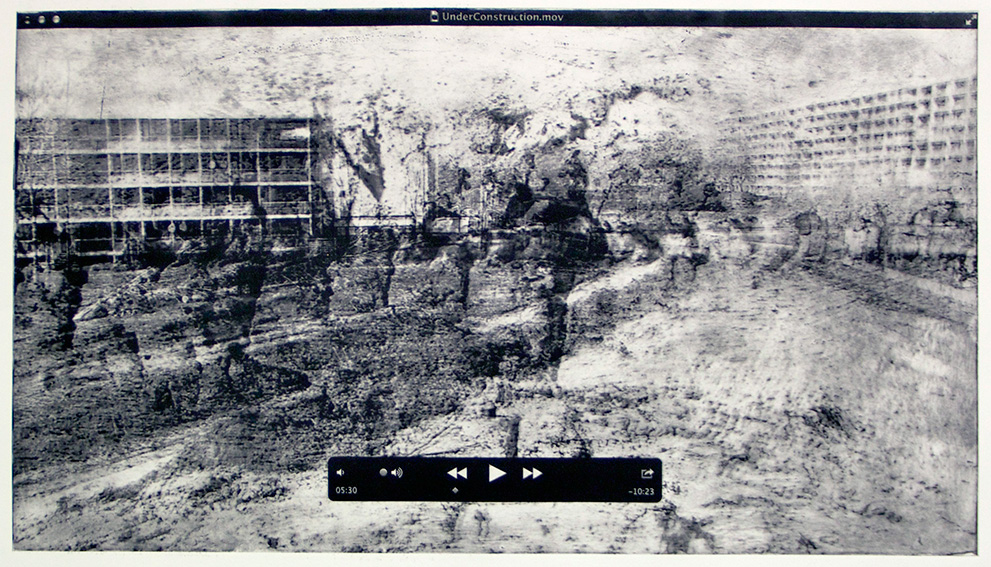 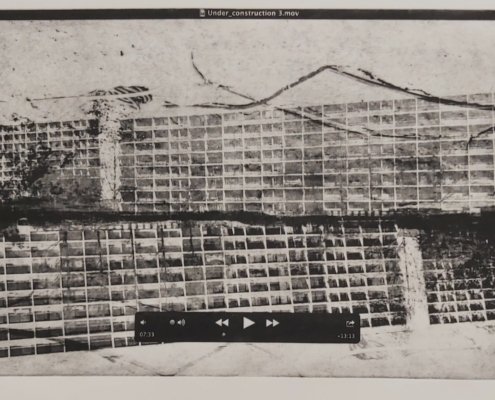 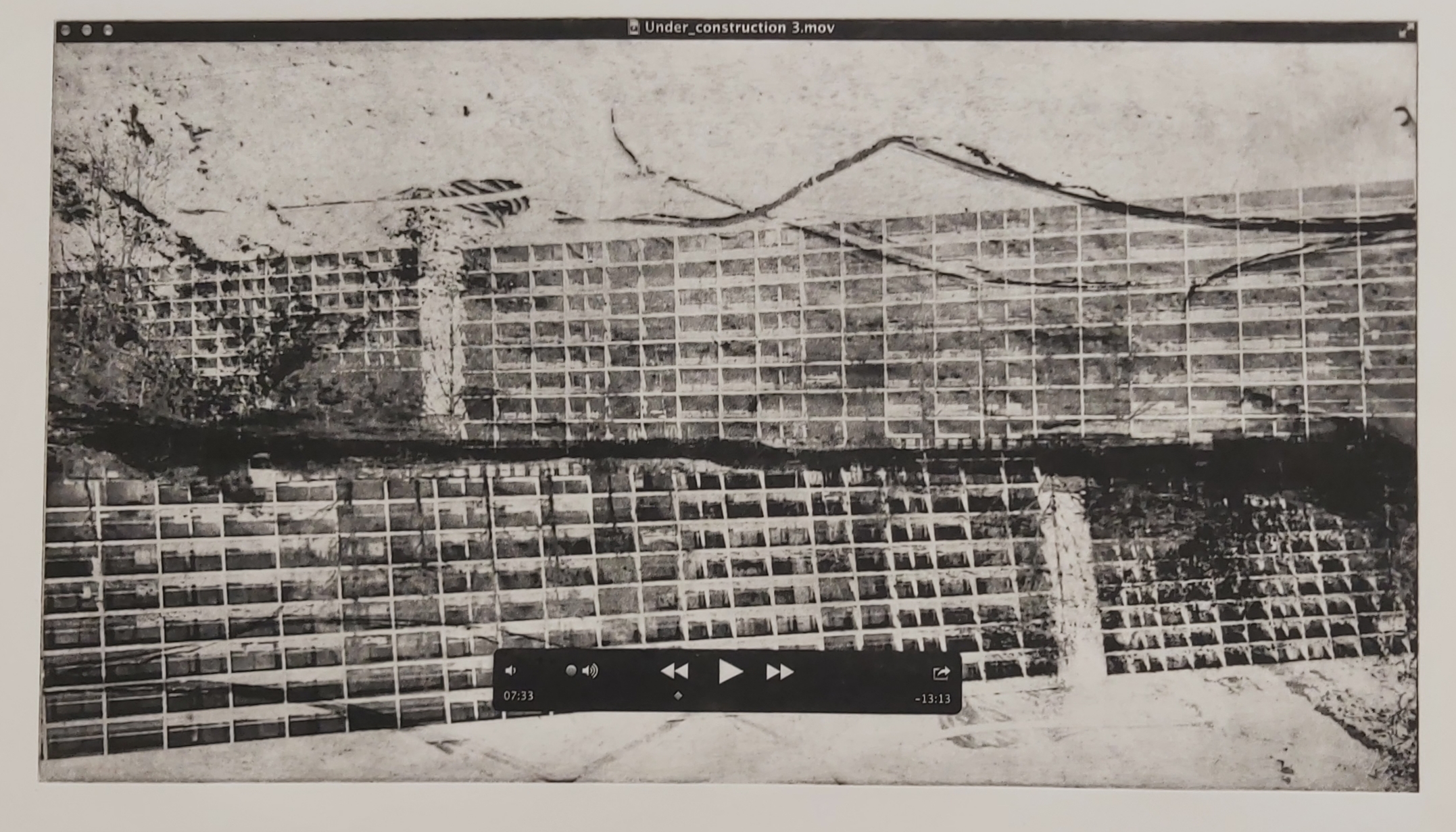 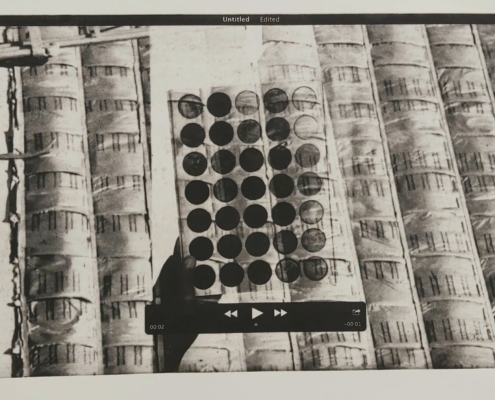 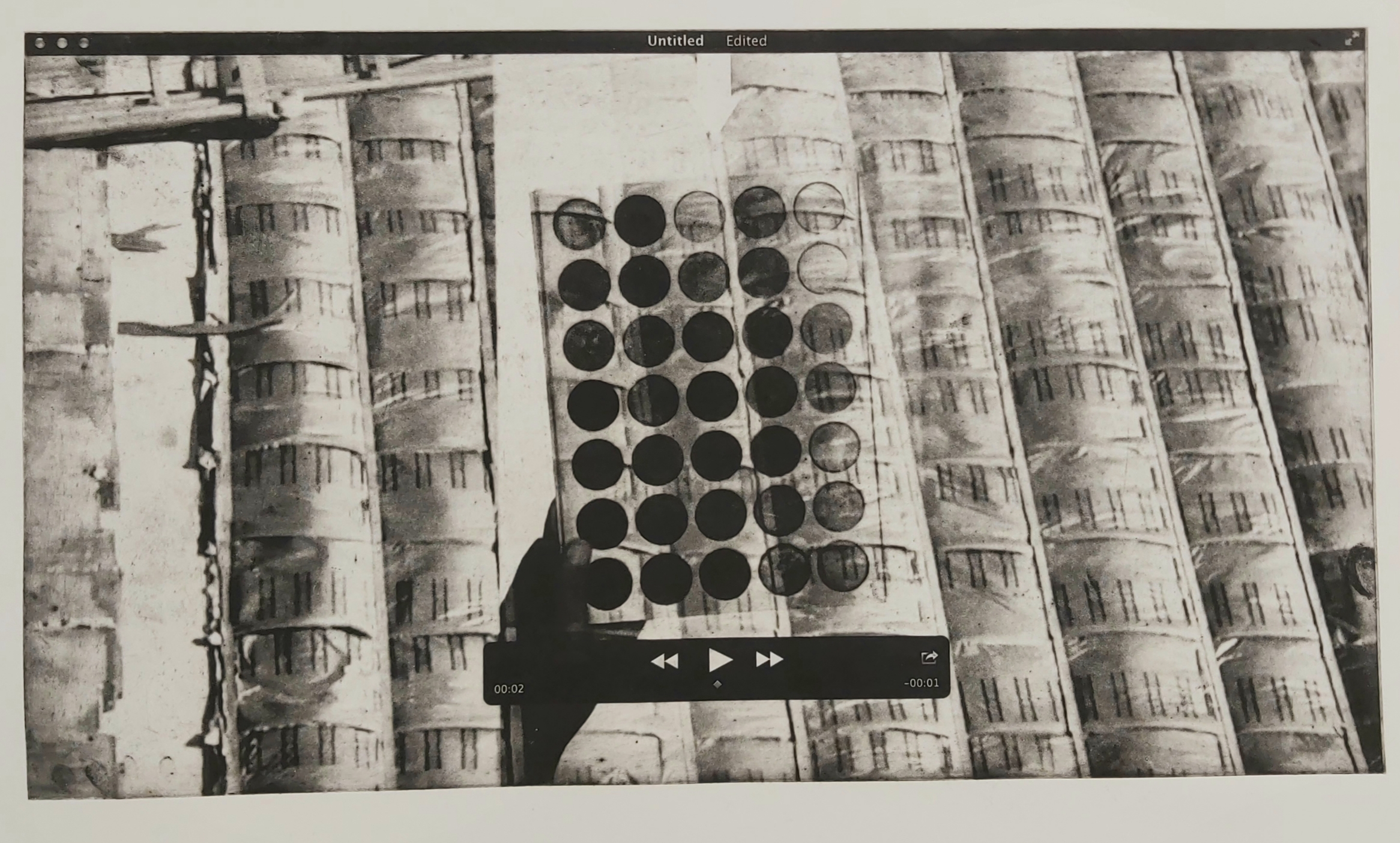 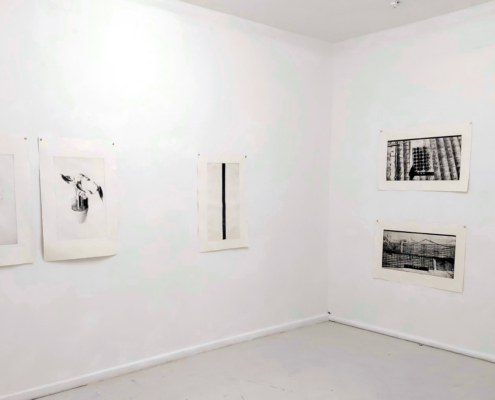 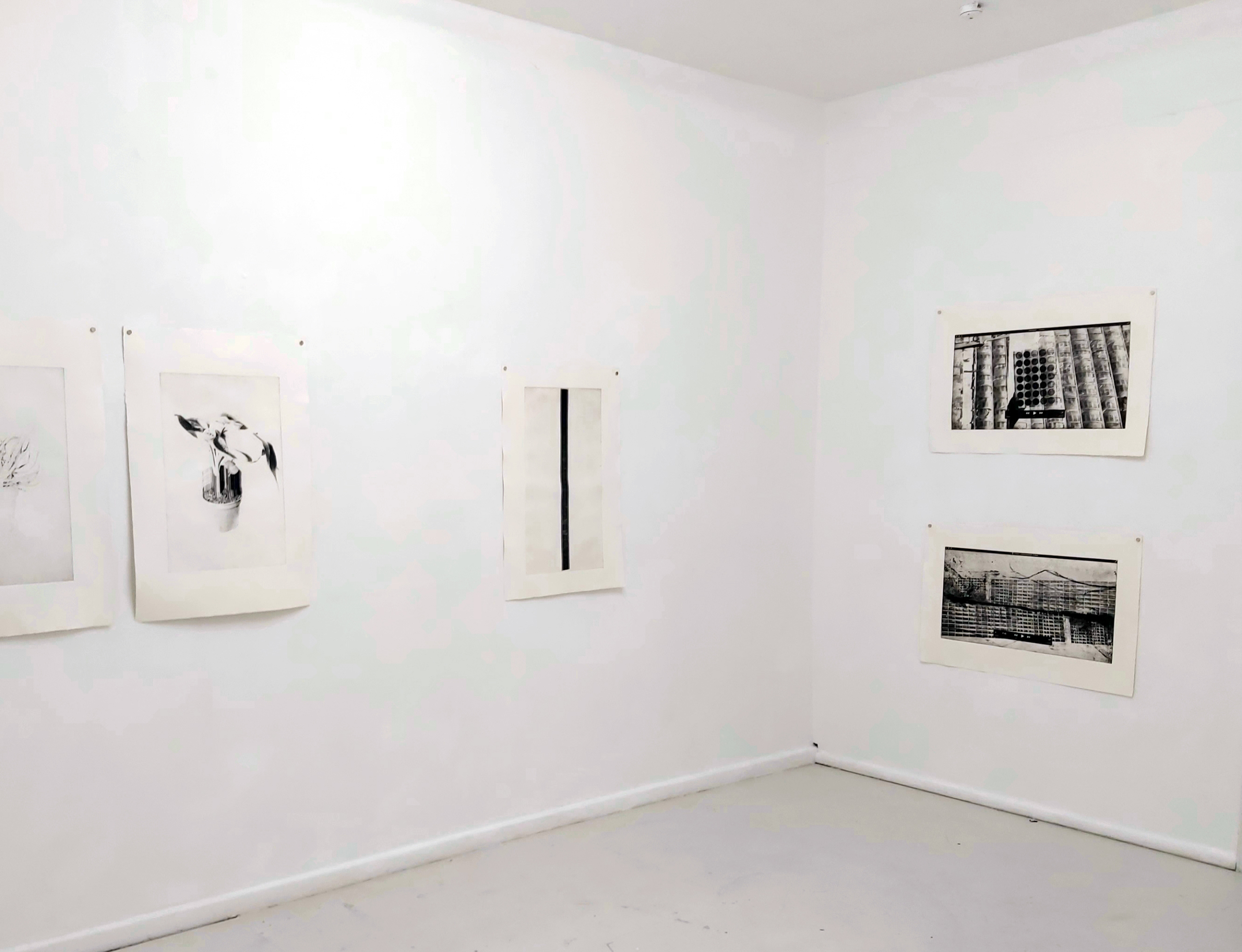 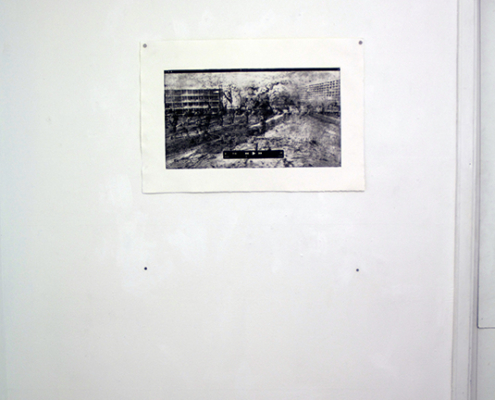 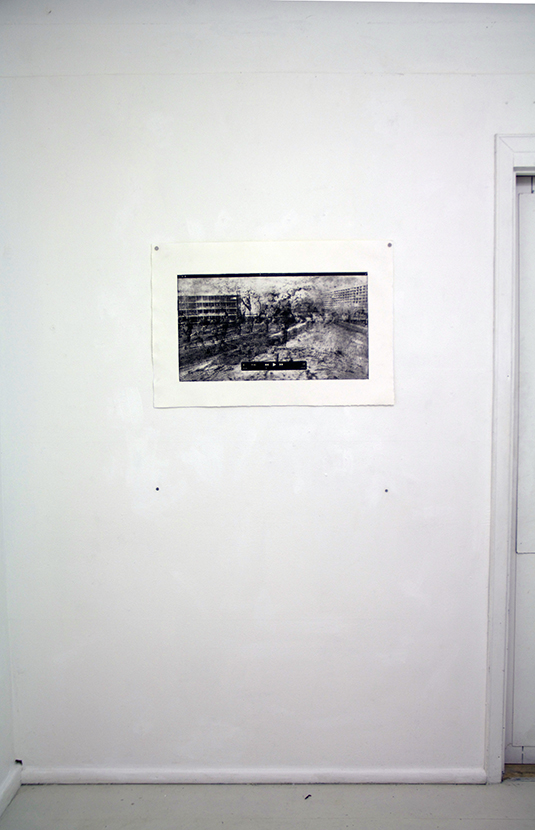 The photogravure prints belongs to a series of work that examines the special technical and aesthetic possibilities expressed through fotogravure technique.
The narrative stems from material filmed in Gellerupparken during remodeling 2018 and makeup tutorials found on the internet. They are composed by a combination of digital collage, merged Imagery and processed video material. The material is reshaped and transformed in the process of video editing. The final image is a screenshot of a story, a moment in time, captured while processing and editing the material.
The images portray different stages in the demolition and construction phase of urban renewal. At the same time they portray fragments of the underlying geographical, biological, emotional and psychological factors apparent in times of transition. Relating the different stages, like to build or tear down, to the dynamic and changing self- concept,- the Interplay between internal and external social Identities, to the significant changes in society.
The makeup appears as a kind of props, used to present oneself in everyday Life. On the images they also represent beautification, the process of making visual improvements material decor and color composition to a city, or urban area.

The Gellerup Plan, is Denmark’s largest housing estate built from prefabricated concrete elements in the period 1968-72. It is planned as an architectural and functional unit and as a self-supporting satellite city, inspired by Le Corbusier’s principles of city planning.
Helhedsplan (Masterplan) Gellerup, is Denmark’s most ambitious urban renewal project, transforming disadvantaged, vulnerable residential areas, into an attractive urban district. In 2014 the Gellerupparken district was classified to be a severe ghetto, which according to the government has social problems, and usually has a majority population of “non-Western” ethnicities. As a government response to the urban decay in 2018, it was decided that part of a public housing complex with 600 apartments were to be demolished. The inhabitants were forced to move and new homes for ownership and business properties to be built instead.

AXES OF THE FIELD